I would need a lawyer up in CT according to the lawyer that I spoke with here in VA. Would it still be worth sending a demand letter?

I would always start with what’s easiest. Sometimes a demand letter from an attorney is enough to convince the person that you are serious about pursuing legal avenues to recover your loss.

It’s not difficult to file a small claims filing and Ron will be alerted that you have filed against him. that’s also a good prod.

Note: I am not an attorney. I’ve had to research a few areas to file my own claims, which is what this “advice” is based on, but I’m by no means an expert. However, I am relentless. Part of getting satisfaction in these cases is making the other party understand that you are not giving up. In the case of my daughter’s landlord, he had intimidated the girls until they had decided they would not get the money back. It took me five phone calls and a demand letter threatening small claims court to get it back. I would have shown up in small claims court. I also called the college residential advisor and told him to advise students living off campus not to rent from him. I’m sure he took advantage of other students. He had almost $2K in funds for their security deposit. If he ignored them long enough, he would keep it.

Channel your anger into action.

There is so much really good advice here. Would it be a good strategy to have a lawyer write a demand letter outlining all the organizations you have filed a complaint (including documentation) with, and that if he does not respond to the demand letter, your next step will be to travel to Connecticut and file with smalls claims court?

I agree with @Bogie - being relentless is exhausting, but it can pay off. I finally got satisfaction from my mom’s timeshare company after 3-4 years of just refusing to go away. Having a lawyer send a letter often (not always, but often) works wonders. In my case with the timeshare people, I merely had to mention in an email that my lawyer had advised me of xyz got their attention. Maybe try a letter as a first step to see how far it gets you.

I had an issue with him years ago and he threatened to sue me for slander.

More photos. This is the W saddle that Mr. Friedson removed the stirrup bars from. Same tactic on the webbing, cut and reapplied crooked on the bottom of the tree. The stirrup bars rivets were ground off and replace with bolts and double stacked nuts on a single bolt. Seats were glued to my original leather seats. Photos taken by the Master Saddler after panels were removed. 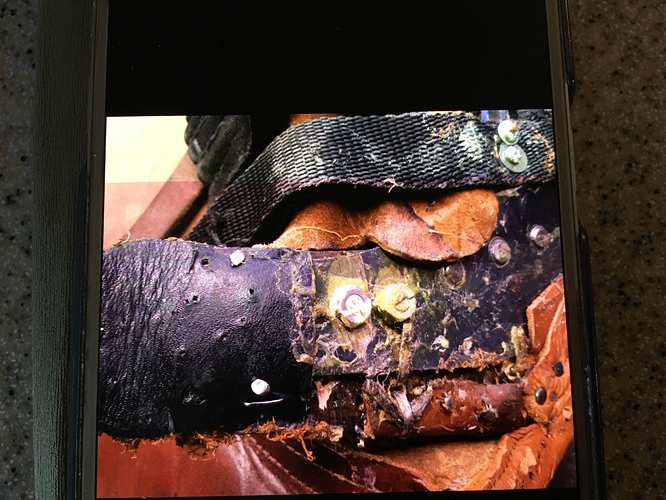 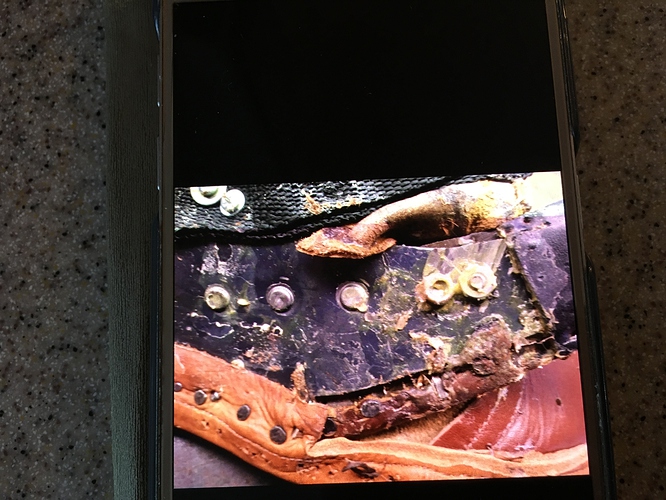 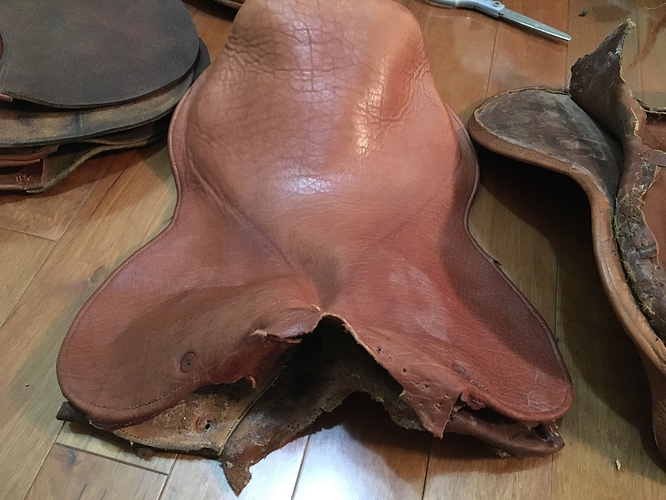 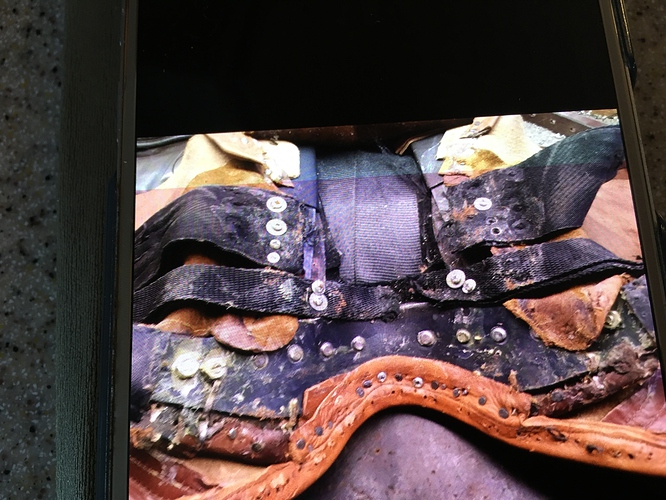 I did not see the original, now deleted post, but definitely suggest contacting the
consumer protection agency in your state. Most will mediate disputes with businesses and other entities — at no cost to you — generally as part of the state Attorney General’s Office’s services.

It is also working filing a BBB complaint.

I am so sorry your saddles are in such a state! If I recall correctly, Adrienne Hendricks does quite a bit of work on County saddles.

Dutchess Bridle and Saddle and Ridgely at Maryland Saddlery also do nice work.

Thank you. I did file with both of those agencies already. Mr. Friedson never responded, so the cases were closed.
From what I have been told by a couple of reputable saddle shops, the saddles would be expensive and not really worth rebuilding on the original trees. I will call the shops that you have listed to see what their opinion is.
If I could go back in time, I would never have sent my saddles off.

I am so sorry this happened to you. Shame on him for not making it right.

I was hoping to salvage the seats, but here is what I am left with after removing the leather that Mr. Friedson glued to mine. He sanded the original leather down and skived the underside edges of my leather. 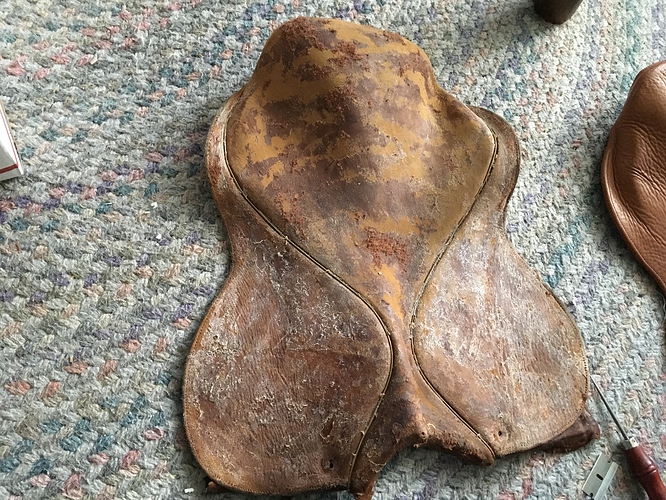 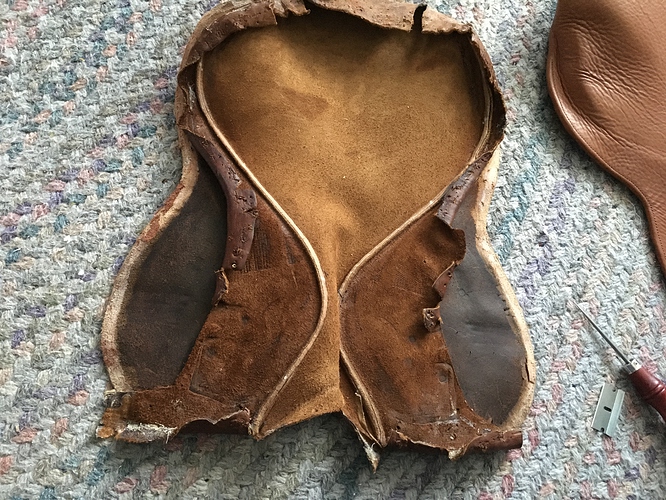 This is really awful. I’m sorry this happened to you.

That is such a shame. I can’t believe you can’t get any satisfaction from him when it’s so obvious that he destroyed your saddles.

In past emails to me he doubles down insisting that what he did to my saddles is the way that they are supposed to be made. He blames my pony changing shape when he has never seen her in person. I no longer respond to his emails.
I cannot tell you how sick this has made me and the level of ongoing stress that it has caused.

I’m feeling sick and stressed just reading about it. I am so very sorry.

I’m not seeing a reason why you need a CT lawyer and why you can’t sue in VA where you are. He knowingly did business with you in VA. Why did the lawyer you talked to think you needed a CT lawyer….?

I think because the saddle was sent up there to his business for the work to be done. I am open to suggestions if anyone here is or knows a lawyer that can answer this.

I wonder if it’s possible to get pictures showing your pony didn’t change shape. I don’t know that it would help you; as I mentioned upthread somewhere, I had an awful experience w him and am very empathetic, so am grasping at straws for you.

I do have before and after photos of my pony with both saddles on her back. She did gain a bit of winter weight, but nothing that caused either of the saddles to fit the way that they did when he returned them. The XW would have fit both ponies if he had not ruined it.

I’m so sorry. Keep after him!

If there’s anything I can do to help, let me know. I’m within a few hours’ drive. He should not be able to get away with what he did and leave you with two ruined saddles. I still think that Small Claims court is your best bet.