From an eyewitness, namely Denny Emerson. 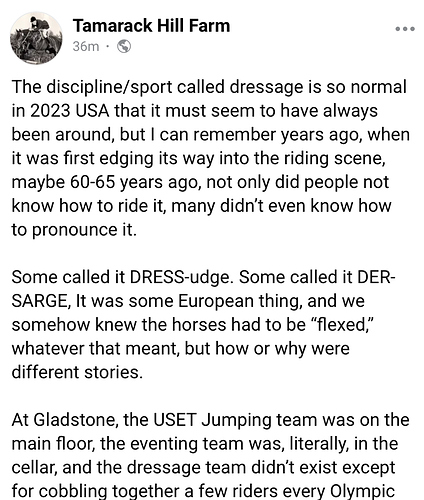 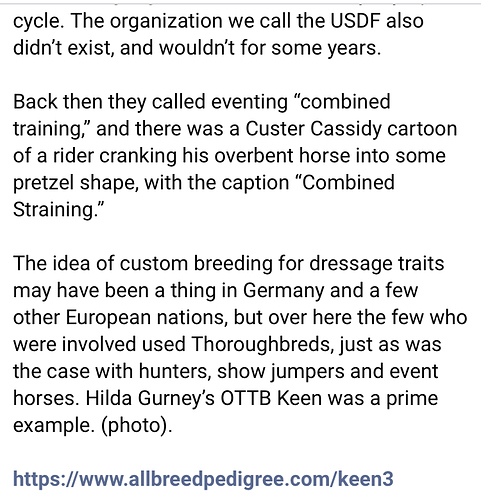 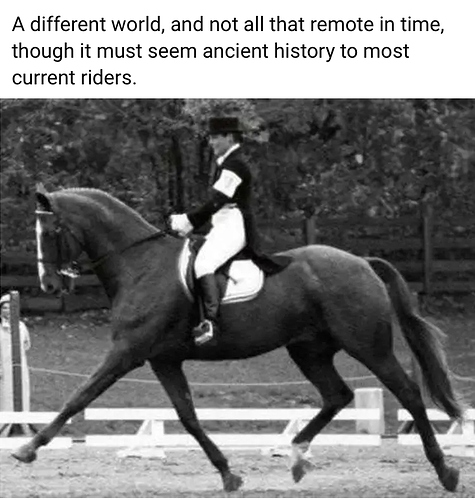 Thank you for posting that.

I started going to shows about 60 years ago and back then the Pony Club near me did hunter shows, not eventing.
Hunter shows have changed a lot too in those years.

Interesting. Trish Galvin’s incredible success in international competition predates Hilda’s by 15-20 years and all her horses were imported to her place in California. Mostly Swedish, but also Ireland and other European countries.

ETA: Rath Patrick was an Irish TB. The Galvins provided Gladstone with many good horses, GM’s Night Owl being one of them.

The Eurodressage website currently has an article on the relationship between dressage and circuses which is a lot closer than one might think.

Even 30 years ago, growing up in a Pony Club setting, I saw dressage as a specialization after years of basic training, not something to do instead of riding out and jumping.

Tina Konyot comes from a family of circus trainers and performers, some still active in the field. In the past riders whose lives depended on the soundness and cooperation of their mounts were often magnificent riders and horsemen. That realm included cavalry, cowboys and the circus.

The Eurodressage website currently has an article on the relationship between dressage and circuses which is a lot closer than one might think.

Yes I believe the 19th century French riding masters did public performancs too, with or without the rest of the circus. I suppose a bit like the Lippizan shows or Cirque du Solieil Cavallia.

Even 30 years ago, growing up in a Pony Club setting, I saw dressage as a specialization after years of basic training, not something to do instead of riding out and jumping.

From my vantage point in the 1970s in a primarily western environment, yes, dressage was super mystified and required perfect riding and invisible aids and the concept only applied to what we’d think of as GP level now. I may have seen photos of riders at that level. They were not on TV even during the Olympics. On the other hand you could sometimes watch TB racing on TV

I am old enough to remember, and lucky to ride (in the 60s) in one of the “hotbeds” of dressage, and I STRONGLY disagree with this statement.

The idea of custom breeding for dressage traits may have been a thing in Germany and a few other European nations, but over here the few who were involved used Thoroughbreds,… Hilda Gurney’s OTTB Keen was a prime example.

Keen was notable BECAUSE he was the first TB to make it to the top levels of dressage.

Most of the upper level US dressage horses in the 50s and 60s were European imports (French, German, Austrian, Irish, etc.) 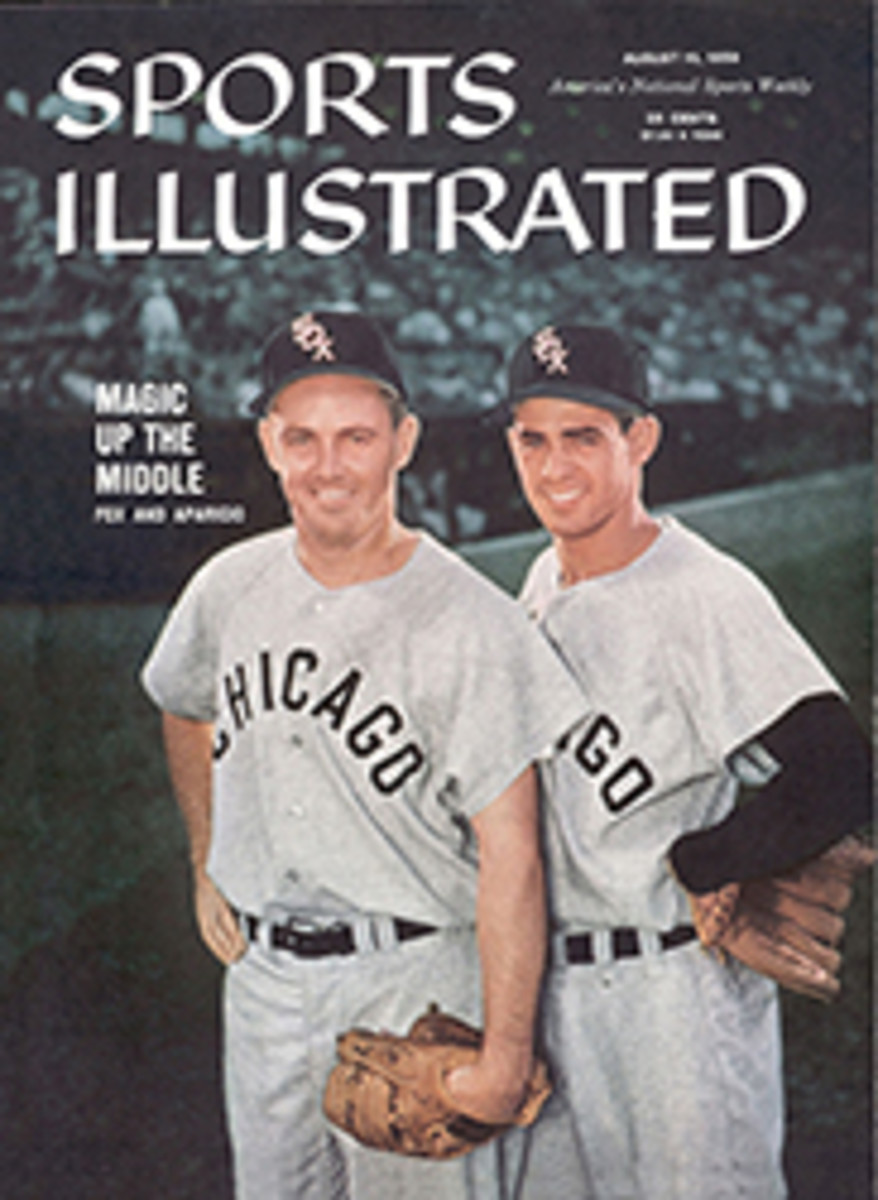 Three girls for the Grand Prix

Capable practitioners of the classical art of dressage—human and equine—are as rare in this country as the whooping crane. It takes about five to seven years,


They won the Team Silver.

Trish Galvin with an Irish horse and a French horse.
Jessica Newberry with a German horse and a Lipizzaner.
Karen McIntosh with 2 German bred horses

At the lower levels I saw more TB x QH than straight TB.

Maybe he mostly saw the lower level TB/QH dressage horses in his travels, and only saw the upper level event horses.

The person who wrote that post on Facebook was Denny Emerson, for those who don’t recognize the name of his farm.

But the article headline in this post actually says dressage riders in the US are very rare in 1959.

The other thing to keep in mind is that for a long time the only dressage competition started at FEI PSG. The creation of lower level tests and shows on a national level didn’t come along until the 1980s I think? So there was no possibility of being say a First Level dressage rider earlier. The shows didn’t exist, the lower level discipline didn’t exist. If you didn’t want to jump you did rail classes.

Still it is interesting to me that he’s focusing on TBs when the two horses who got him into the national and then Olympic stages were a half-Morgan and a flunked out barrel horse from Oklahoma.

Denny is a huge advocate for both TBs and Morgans. This post just happens to be a TB one.

I started at a riding school in the early 80s. It was started by one of the founders of our local GMO (among others of course, she didn’t do it alone), where we used the German FN as our text for beginners to learn about horses and riding, and all started on a longe line. I had wanted to ride after seeing The Miracle of the White Stallions, so of course I wanted to ride dressage.
The riding school had a former military officer who was training a Lipizzan stallion, and I had lessons with multiple trainers including one who was training dressage with a Selle Francais mare. When I said I wanted to ride dressage, all the adults around us said, “your family couldn’t afford a dressage horse” and convinced me to stick with stock type shows on my quarter horse. It definitely had a mystique out in the desert southwest at the time!

I’m glad that access to dressage education is no longer as limited as it was over the years. The material available was limited and guarded by those who had it. The internet has changed a lot though it took a while to establish the resources online. Most of my trainers who are older had to travel and live in Europe to get their educations. Now virtual lessons are a thing which takes away a lot of barriers. Trainers are being more open to teaching beyond basic levels as well. Less gate keeping.