I thought this was an interesting story that came through my reading updates.

This link only brings one to a login screen.
Can you summarize?

Christina Fisher was planning her wedding when she got a call that federal agents were seizing her horse.

Dang! I can’t get to the article anymore. The woman’s father is being investigated by the IRS as a promoter of a tax shelter. IRS seized her horse shortly before her wedding where she planned to arrive bareback on her horse. Her horse had been purchased for $750k. IRS realized the horse is more of a liability than an asset. The horse was then appraised at a much lower amount due to some other health issues. (I can’t remember the amount–$140k?). IRS allowed her to purchase the horse back for $25k and will come back for the diff between the $25k & the new appraised amount in the future if he is convicted. She got the horse back just in time for her wedding.

The article also talked about the carrying costs of seized assets. A yacht’s annual cost is about 10% of its value. They estimated that the annual carrying cost of this horse was about $50k.

But this isn’t about having a horse for a wedding. Other horses can do the job.

This is about the best interests of the animal, right ???

Interesting that the IRS figured out only after seizure that a horse is a liability first, before it is an asset. Maybe no one explained to them that the cost of a horse is usually not the largest expense? Especially if there is interest in keeping the horse at the level of whatever the cost is, which requires showing and succeeding.

I guess they got it to a board barn and then said 'dang, this thing eats, needs regular hoof care, has to be walked to and from turnout every day, bangs himself up on the regular … ’ ?

Unfortunately I don’t have access to the article right now but one of the IRS people had also been on the Rita Crundwell case, so they know the costs of carrying these assets because they are not assets to the government; they are liabilities. In a seizure, other parties can lay claim to the asset, making it even more difficult for the government to liquidate.

The Crundwell horses were auctioned for pennies on the dollar of their purchased worth. Of course she had had many of them for years and a lot were not in work. So to be expected.

But it made me rather ill to think of the money she shorted the citizens of Dixon, IL, including first responders who weren’t given much pay for so many years, so she could buy those horses.

I was astonished that the gov’t took ownership of so many horses boarded all over creation. But on the other hand she wasn’t able to bilk the taxpayers to keep paying their bills, so I guess they didn’t have much choice. They had to be fed.

Whatever is to be learned from that.

If embezzlers could avoid live animals and confine their extravagant purchases with stolen funds to inanimate assets … some jewelry, some luxury cars, stuff like that …

I was able to read through yahoo here over the weekend: 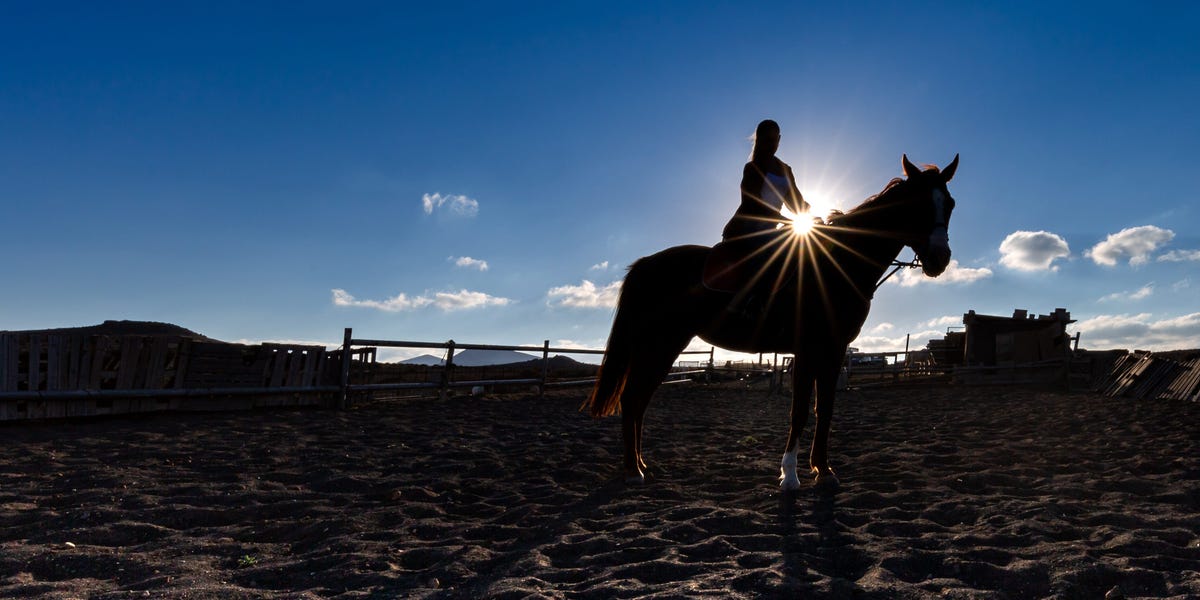 A horse seized in a tax fraud case was sold back to its owner after...

Lex, a showjumping horse, was bought for $750,000 by accountant Jack Fisher, who was indicted in a $1.3 billion tax fraud case, Bloomberg reported.

I was floored at this quote; is this just for board and training in a really expensive scenario?

“Bloomberg reported that federal agents soon realized it would cost between $45,000 to $50,000 a year to feed and care for Lex, excluding medical costs.”

Thanks for finding that. I suppose for a $750k (orig price) horse, I would expect the monthly board and training and showing would come to $45-$50k per year.

I’m 99.9% sure the horse in question is a hunter, not a jumper as the story indicates, so they likely factored into the upkeep the fact that it would need to keep showing to stay qualified to have any hope of maintaining its current value. The original value, on a 9yo purchased following some big wins, would never be obtainable again on a 15yo.

Let’s pitch maintenance in there along with “medical cost” and … how much is that per year for an aging A show amateur hunter who ribbons?

What a story. I wonder if LE will ever take a new perspective on live animals other than being financial “assets”.

I figured it HAD to be something along those lines. The article came up in my SO’s newsfeed (he gets horse news now

) and he read that to me and I did a double take at first haha.

What a story. I wonder if LE will ever take a new perspective on live animals other than being financial “assets”.

just check how much the Bureau of Land Management spends per year taking care of a few head of mustangs and burros, getting close to $100,000,000 a year now

just check how much the Bureau of Land Management spends per year taking care of a few head of mustangs and burros, getting close to $100,000,000 a year now

I really wish they would use those things to ease the cat food shortage.

I really wish they would use those things to ease the cat food shortage.

with all the bird flue deaths I am surprised there is a pet food shortage as usually next to the large poultry farms is a pet food processor. My company sold a lot of access control equipment to both enterprises often the equipment was installed on both places at the same time by the same crews.

If you google her, including “equestrian” in the search, she is an hunter rider, as noted above, and very accomplished. so is her brother and her mother. Big farm outside Atlanta. Sadly, the indictments of the father and a group of others from same accounting firm are huge, over $1 billion going back 20 years and carry significant jail time if found guilty. One has to suspect that they could lose the farm, the horses, etc in the end.
https://www.justice.gov/opa/pr/five-tax-shelter-promoters-and-two-appraisers-indicted-syndicated-conservation-easement-tax

The seizure of assets such as super-yachts and artwork owned by Russian oligarchs continues to make headlines. But Russian billionaires aren’t the only