I purchased an Anglo-Arab mare who we are hoping to show in youth hunter-jumper classes (realizing that Arabians do not have a natural proclivity to hunter jumpers). For those familiar with Arabian or Thoroughbred bloodlines - are there any suggestions of in what disciplines she might do well? Attached are the pedigrees of her dam and sire.

Thank you for any insight! 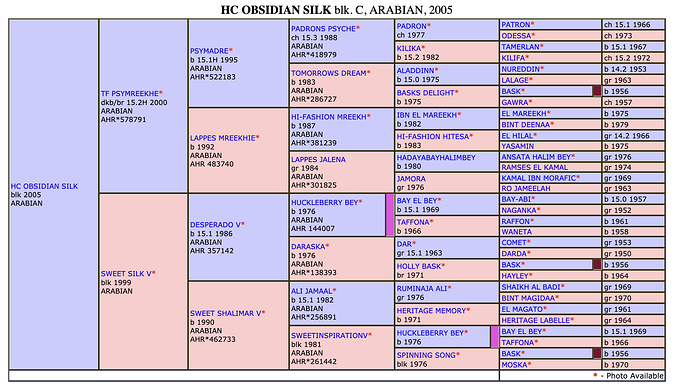 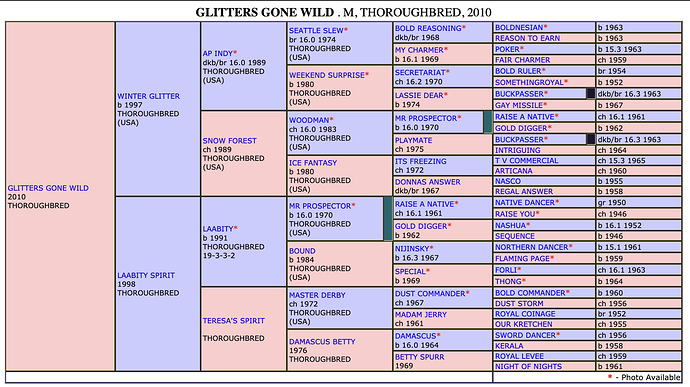 I like both the Arab and TB lines in her pedigree…I see no reason why she won’t make a lovely hunter-jumper or event horse if you give her some good basic schooling in dressage. Lots of schooling long and low, a Klimke cavaletti program with lots of low gymnastics, relax the back, strengthen the hindquarters with hill work….what you don’t want is to establish a jumping style with head and tail up which doesn’t win friends, especially in the hunter or equitation rings.

I should also have added that the Arab dam is Varian bred, known for their working horses and I always like to see AP Indy and Damascus in a TB Sporthorse pedigree.

Some of the top hunters and jumpers in this area “back in the day” were anglo arabs, and even now, “never say never”. Just because something is currently out of fashion does not mean that it won’t find it’s way to the winner’s circle, even today. The pros don’t make money through commissions on a horse who is not imported and bred like we are told is a necessity, thus not a lot of them get tried any more. I used to have to jump against one of them, not even 15.2 hands high, who dominated in divisions from children’s hunters to Grand Prix jumpers. An awesome competitor, huge talent.
The TB lines on this one have some of the classic jumping blood, well known. Doesn’t mean the jumping talent is there of course, but if it is, there’s a reason why. If you like how he’s put together and he’s got a brain and he speaks to you, saying, “I’m the horse you are looking for”… good luck with him and give him a try- see what he can do.

Looks like her Arab sire is by a mostly halter-bred stallion and out of a Varian mare. I LOVE the Varian horses (have a mare in foal to one of their stallions for next year, as a matter of fact). I wouldn’t necessarily expect - on paper - that pedigree to be associated with a “real/USEF type” hunter, though. It’s more of a western pleasure/hunter pleasure type pedigree.

That said, horses, especially Arabs, don’t always read their pedigrees. My Adult Amateur hunter was 3/4 Arab, 1/8 TB, and 1/8 QH, and his purebred Arabian sire was a park horse!