After losing my heart horse last fall and going through a long period of depression from that, I am finally ready to get a horse of my own again.

I met with an amazing breeder in Hamilton MA who breeds Canadians for competition. Expecting a foal by Quatre G Beauty Wild H Aragorn out of Three Fold Lupin Gregarious! Though I have a lifetime of experience riding and training, this is my first in utero purchase so I’m very excited but lacking experience in this realm.

Foal is due in 2023 - I will be taking it home early 2024. I am planning to insure and have already chosen where I will be boarding and set up transportation etc.

Educate me on additional things to take into consideration and please share your experiences with in utero foals below!

Sorry, I can’t help with your in-utero foal care.
But I’m sure others with experience on here will share theirs.

Just wanted to say a Driving friend has a pair of Canadiens & they are lovely horses.
She competed them as a pair in CDEs, now drives one single.
He’s at least late teens, as I first saw the pair over 10yrs ago.
This from last week’s Fun Day at our local fairgrounds, playing with Cones: 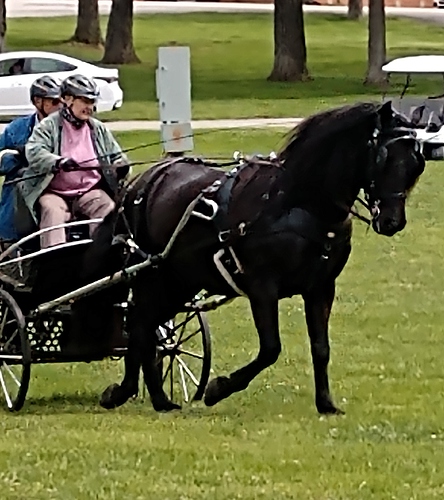 Oh thanks so much for sharing! They’re such beautiful horses.

I also purchased in utero (2018 foal) to “replace” my heart horse…and ended up with my second heart horse. She is everything I could have possibly hoped for and then some. 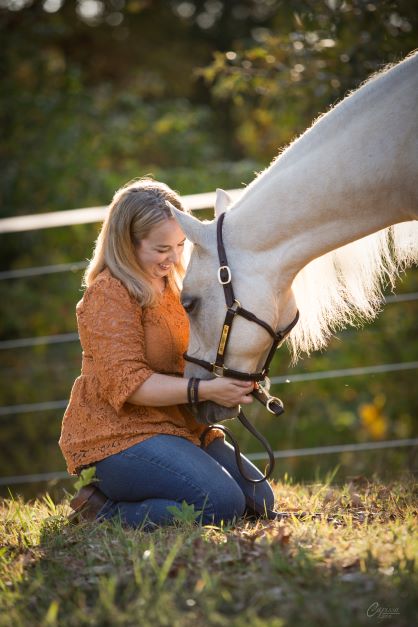 My biggest advice is to make sure you’re working with a breeder you trust - I had some hiccups along the way that worked out fine in the end but weren’t necessarily handled the way I would have - and ensure your contract covers ALL possible contingencies.

Thank you for your reply!

The contract includes a deposit, there is a live foal guarantee, a deposition/no slaughter clause, apx weaning timeframe, and a two week period to pick up after weaning and before board is charged. Is there anything else I should be discussing with the breeder? She’s great and has a wonderful reputation, so I’m not at all worried, but just anything else you would recommend?

I would recommend talking with the breeder to make sure you’re both on the same page as far as nutrition, medical/health care protocols (like deworming, etc.). That all wouldn’t necessarily go into the contract, but it is good to know what to expect on these points.

Great advice! Thank you. We did talk a bit about nutrition but deworming and details of health protocols could have used more discussion. I will do this!

I sell the majority of my foals in utero… ask the breeder what happens if the foal is born compromised in some way. I had a HELLISH time with a foal last year (contractions and a valgus plus influenza from his hospital stay that turned into 20k worth of fixits) and I give the option to my buyers to get their deposit back, wait it out, apply the deposit to another (possibly unspoken for foal) or wait till the following year.
Lots of things to think about but with a good breeder, it’s a great way to get a foal

My in-utero foal contracted C-Diff (most likely from the mare), and was in the hospital ICU within 24 hours of birth. Ten days, and 12k later, we let him go.

It was unspeakably horrific. The foal was insured for 20k (I could have gone higher and I wish I had). The mortality insurance covered all of the hospital costs, and the breeder gave me a foal for whatever I had left over from the insurance (from the same mare/different stallion) born a few weeks later. She had three embryo transfer babies that year from the same mare.

If I had not insured the embryo, all of the foal vet costs would have been uninsurable. The breeder was devastated, and went through the ten days of hell with me.

My first attempt at in utero purchase was 15 years ago. This was going to be a custom foal with a lovely mare by a stallion I loved. I gave the (breeder) a $10,000 deposit, and she proceeded to breed the mirror with frozen semen to the stallion of my choice. The mare did not take. We tried again the mare did not take again. At this point we were getting a little concerned and punted to a different stallion. Still frozen. Again, Mare did not take. All of these costs were born by the breeder. She probably spent at this point about $12-$15,000 in vet bills and flushing and frozen semen from Germany. Finally, we were at the end of the breeding season, and she went to a new vet….opted for fresh cooled, But from a stallion that was not ideal for me, since he was 17.2. I felt terrible for her, and we agreed that she needed to do what she needed to do to get the plumbing working on this excellent broodmare.
She returned my $10,000 deposit, and probably spent $20,000 to get the baby on the ground for that year.

So. Put together contingency plans…I ended up with a foal I love to pieces, but cover your butt.![image|video]

Thanks! It’s a little nerve racking since it’s my first experience with purchasing in utero. I appreciate your experience and advice!

Wow! Thank you so much for this advice. I will absolutely be getting the embryo insured after hearing this story. I was a little confused about how that would work if the foal was sick at birth, as all of the policies I was looking at start 24-48 hours postpartum. Glad you’re happy with your foal, but what a long road!

I used Markel. Not sure if other companies have the same policy available.