We visited Cumberland Island National Seashore yesterday. The feral horses on the island (100-200) are descended from carriage and riding horses back when the island was owned by plantation owners, and later, the Carnegie family. From what I read of the history, the slaves were Gullah/Geechee and lived in thatched huts.

Anyway, the Carnegie mansion (they repaired and completed one of the old plantation houses) is a neat set of ruins. But we really went for the ponies.

The horses are not managed at all by the NPS. They have shorter lifespans (10-12 years) and are loaded with parasites. Lots of duns were present, which seems to be what horses go back to over many generations. Cute little palomino foal. The NPS is strict about telling people not to get too close. They recommend 50 feet. We kept our distance so as not to disturb, especially when the foal was present. The stallion might decide you’re a threat. The ranger mentioned several people have been injured this year because they want to get too close. We saw one idiot trying to approach. I filmed it, hoping for a nice “don’t do this” video, but the horse just moved away. Another horse walked right up to a tree where some picnickers were settling down for lunch and gave himself a good scratching on a lower limb. He was very close to the picnic table and the people were a little frightened and unsure. When he was satisfied, he just nonchalantly walked off, completely ignoring the people that were within 6 feet of him, lol. 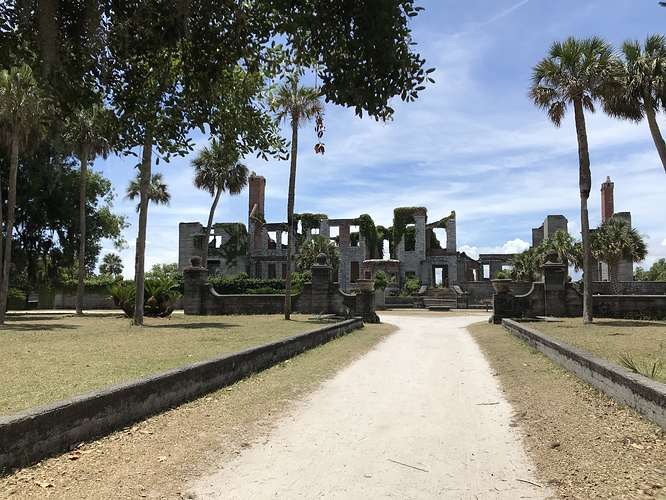 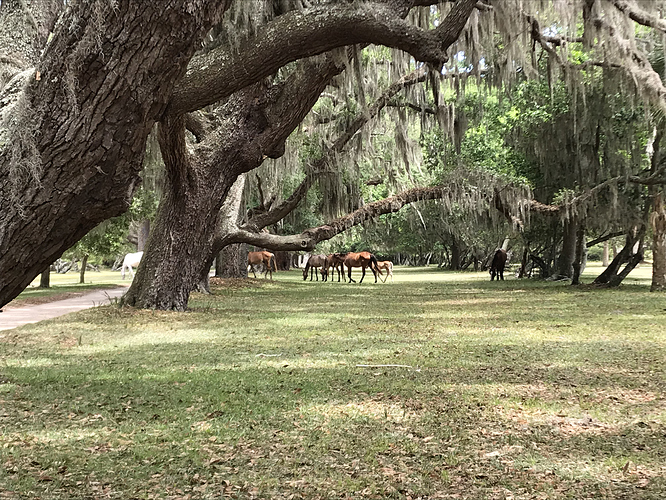 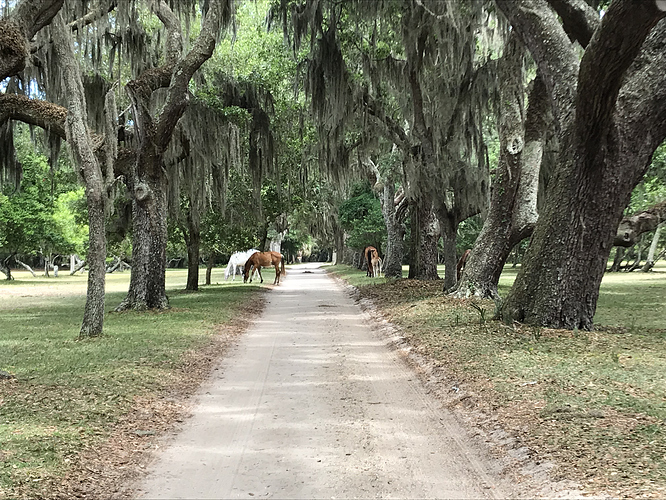 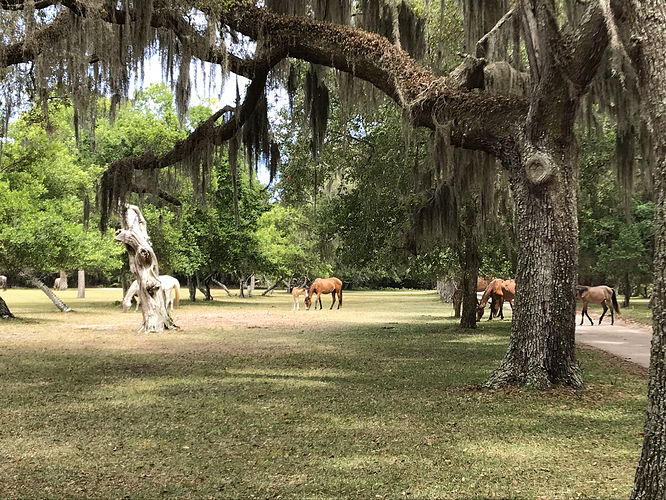 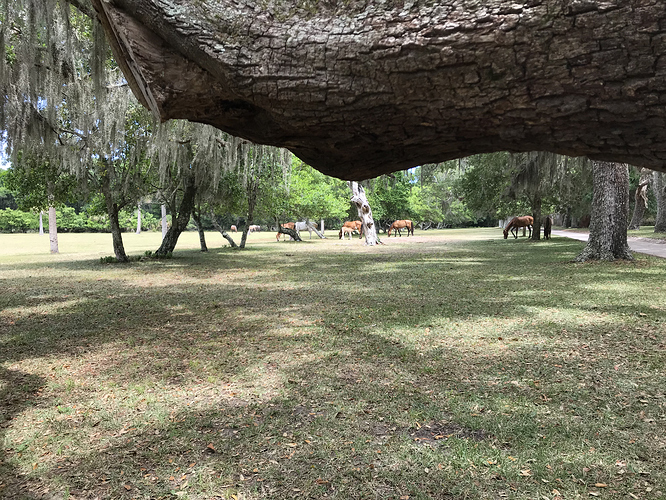 Down here in the South, the soil is leached of nutrients by all the rain we get, so we have to supplement livestock with protein and minerals. Our horses get alfalfa, for example, and our cattle always have supplemental legume hay, blocks, or cubes. Same goes for sheep and goats. I suspect the shorter lifespan and low birth rates (only one foal out of the 40 horses we saw) is due to low protein and poor nutritional status, as well as parasite load. I asked the ranger about what the horses eat for protein and all he knew was that they eat native grasses (5% protein, typically), sea oats, and Spanish moss. I don’t think that would give these horses enough to live on for that long. They don’t have any predators. I don’t know if they are removed periodically or if contraception is used. Most of the horses were a little ribby, with rougher coats and pot bellies. Some had a nice gloss to their coats, but they also looked younger. People love to see them so it does draw in money for the ferry operators. I don’t know if I would call them feral horses, though. I would call them abandoned. I don’t fault anyone over it. The NPS has it’s hands full because people will be knuckleheads.

The beach is absolutely beautiful and it’s worth the trip to see such a wild beach with all the native plants present to protect the dunes on the trail leading out there. The wildlife is also interesting. The deer have no predators either and are quite unafraid. We saw a young alligator and several pretty red-headed skinks, lots of fiddler crabs scuttling about, too. The birds on the island are also beautiful. The horses made me a little sad, to be honest, but it was neat to see them, because, well, they’re horses, lol.

I went to the island for a college research project recently and I was told the horses self-regulate their population, so it stays pretty consistent. Even though they are considered feral, there are several oral histories documented on the island in the 90s where people who lived on the island pre-NPS takeover mentioned how they would capture some of the horses and “tame” them, whatever that meant to them.

I was told that the NPS doesn’t intervene with the horses since they are technically an invasive species that can compromise the natural vegetation of the island. Along with what you mentioned, I remember seeing them grazing on private properties/the airfield - I wonder if that is just the native grasses mowed or grass seed brought over from elsewhere? It would be interesting to see how that affects their diet. From what I was told and what I researched during my college class, it doesn’t seem their impact on the island’s vegetation is as bad as from the feral cattle that used to be on the island. Apparently it was very shocking once the cattle were gone that so much more vegetation (especially the sea oats, IIRC) started to grow up where it was once overgrazed!

Hope you had a nice time! Did you see the white deer? We managed to see one walk past us one evening on our way to the beach

Apparently they are born on the island from time to time. Such a cool place!

We visited maybe 6/7 years ago. It is a charming place.

I specifically asked if any population control measures occurred and was told no.

Many years ago, during my flying days, I would land on Cumberland and pick up researchers/scientists/students. One group was monitoring the environmental effects of the new submarine base by surveying the wood stork populations in the marsh and one group was keeping an eye on the bobcats that had been reintroduced to the island to help balance out the pest population. Some days I would have to buzz the strip to get the horses off it. The holes they created in the strip where they would roll always made it interesting. One of the horses main sources of nutrition is the marsh grass that grows on the western side of the island. It was not unusual to see a dozen horses wading chest deep in the water eating it.