My bridle came with web reins with leather stops. I received buckle ends even though I ordered hook ends. Didn’t care enough to return it. It is still a beautiful bridle.

I believe there is silver piping on it, I thought it was the padding too!

I have a Vespucci, purchased second hand, that I love. Very adjustable, no crank but still has the padding under the chin, and no flash.

https://www.vtosaddlery.com/product/VCDB.htm I believe it’s this one. Lots of retailers carry them.

Another vote for the Solo Simplicity, and it’s on sale this weekend. You can buy the full bridle or just the noseband https://www.soloequine.com/search?q=not+tag%3A__gift+and+simplicity*&type=product%2Carticle%2Cpage

I’m in love with my Joseph Sterling petite dressage bridles from Schneider’s tack - retractable flash loop truly disappears and love the leather. Not even “for the price” - love the leather, period!

Any chance you’d be willing to share a photo? I’ve heard good things about the bridle over the years but have never seen one “in the wild” 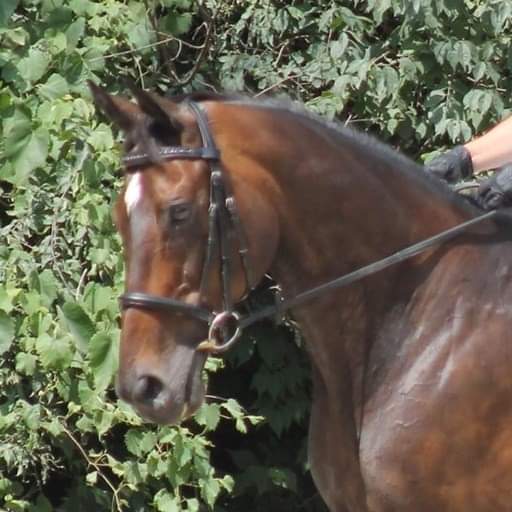 On my refined TB mare:). The bridles come with nice reins but I had Thinlines I use sometimes because my hands cramp on the skinnier ones…

Well I called Eponia twice and emailed three times. Only one reply. But with the return policy linked above I went ahead and ordered, and the Skye bridle came today. Very soft padding, nice enough leather, nice design and a suuuuuper bling browband! No silver piping though.

I asked for and received hook stud ends. And the smell of the bridle coming out of the box was perfect

Update: for some reason I didn’t notice at first that they sent hook stud cheeks and buckle end reins. Gah. Will try to rectify.

2nd update: despite saying they had hook stud ends via pre order email communication, the reply is now that they don’t have them. So no recourse on the reins with buckle ends sent w bridle that had hook stud cheeks. As they’ve been very hit and miss (actually more miss) on communication I don’t think returning the whole bridle for a refund seems like a good risk so I’ll keep it. But be warned if you’re thinking of buying from Eponia.

Can you post a picture of the noseband? You’re right, the colors are confusing lol

I use the Joseph Stirling Petite and like it a lot as well.

I also bought 2 used collegiates, and a used stubben from my coach (my jump tack is also black), and I am trying to figure out if they still make these particular models because I think they are absolutely lovely, and the collegiate looks fantastic on, especially at the price point.

This is the collegiate without a flash. 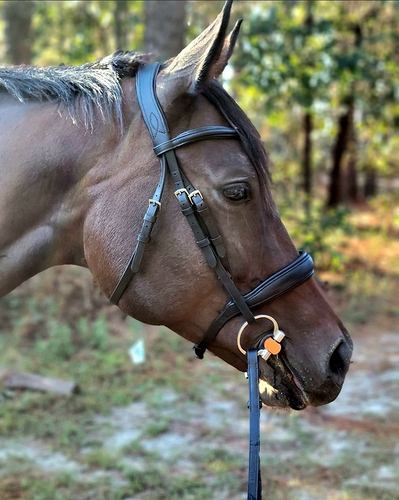 Here you go! Plus Pix of the gigantic browband stones 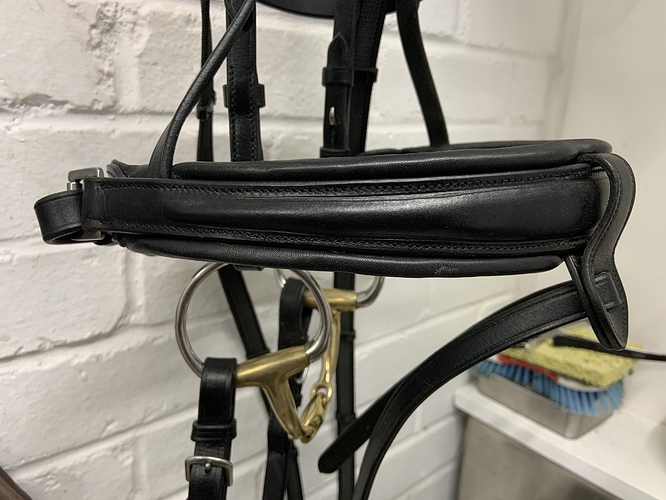 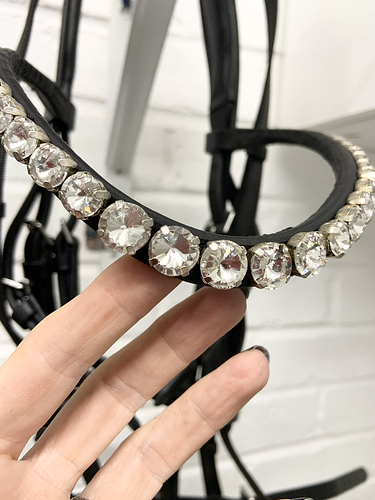 Oh man. I am really sorry to hear of that experience with them. It’s such a shame because I think their bridles are wonderful… but for sure, their communication leaves people cold…

The bridle in your picture looks gorgeous though. It would bother me too, having buckle end reins. Gah.

You know, for the $ it’s still a good bridle, the delicate princess likes it, and I’m keeping it! Just posting the downsides of dealing w them because for some people that wouldn’t work.

Definitely. Makes me wonder if I should stop suggesting them in threads. I love my Eponia, but you’re not the first person I’ve heard have issues with them. It’s a shame when the service doesn’t quite measure up to the product.

yeah totally… I want to support a small business too! The website could have answered a lot of my questions as well, but didn’t. Ah well.

Wouldn’t occur to me to ride without buckle end reins.