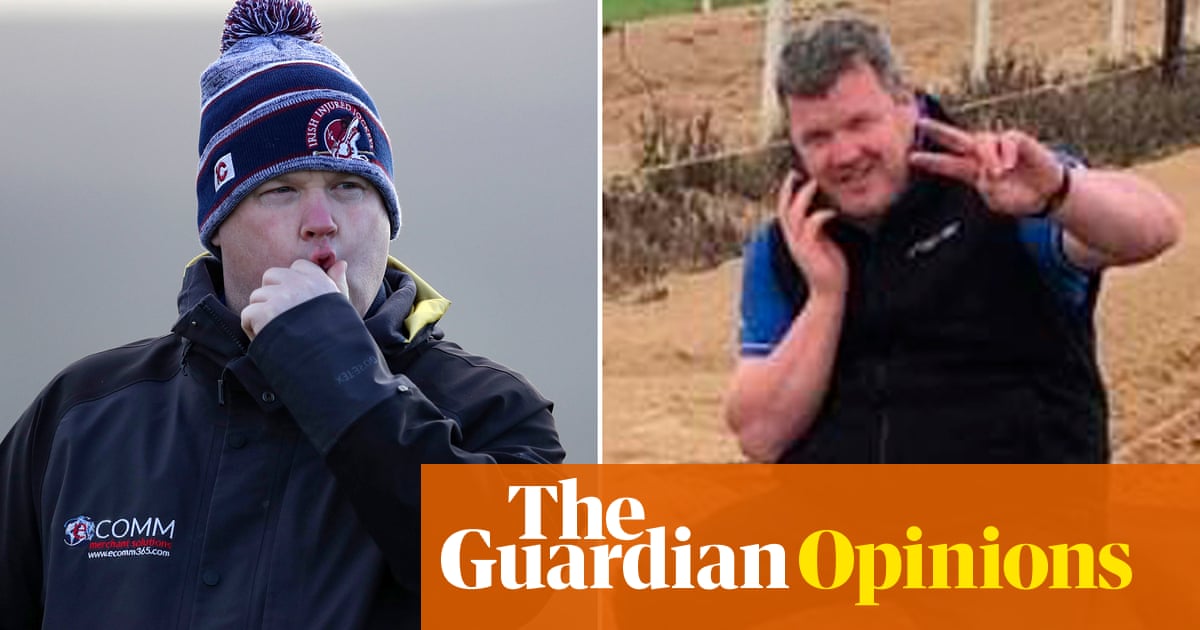 The viral image may become many people’s abiding image of horse racing, so swift and decisive action must be taken

Maybe a PR issue but by re-posting is this adding to the PR ‘issue’?

What exactly are you wanting me to comment?
I simply shared the info… take it as you will & do with it what you want

There are links on the incident & other reports within the article.

Stupid man. He is facing disciplinary action and had already lost some big sponsors

I would hope at least some of his owners move their horses to other yards, but Elliott wins. Same reason Baffert’s clients stay with him in spite of the medication issues.

Should have seen the comments on Twitter claiming this was photoshopped

His explanation is ludicrous as is the grin on his face. I honestly can’t fathom what was going on in his mind. Technically giving a damn about horses is not a requirement for getting your trainer’s license so I don’t know if they can sanction him at all but he certainly doesn’t deserve to be the face of the industry.

He just lost one of his biggest clients in Cheverly.

The picture was horrific and the excuse was moronic but given how relaxed he seemed, I have to think it was taken by an insider he trusted as a big stupid joke never to be shared outside the “family”. As any modern politician could tell him, employees get disgruntled and/or significant others can feel jilted and there is this photo that can go out right before the Grand National…

What a world class idiot.

His behavior was thoughtless and offensive to a lot of people but I can’t imagine that he intended it to be seen by the public.
That doesn’t make it right but I doubt there was any pre-planned motive to offend anyone.

The horse was dead, he wasn’t hurting it, I wouldn’t choose to sit on a dead animal but people eat them every day, including horses.
I’m not sure which is more or less offensive - eating a dead animal or sitting on one?

A quick look at his training record tells me that he’s pretty successful and has several records but no complaints of abusing live horses.

His behavior was thoughtless and offensive to a lot of people but I can’t imagine that he intended it to be seen by the public.
That doesn’t make it right but I doubt there was any pre-planned motive to offend anyone.

The horse was dead, he wasn’t hurting it, I wouldn’t choose to sit on a dead animal but people eat them every day, including horses.
I’m not sure which is more or less offensive - eating a dead animal or sitting on one?

A quick look at his training record tells me that he’s pretty successful and has several records but no complaints of abusing live horses.

You’ve summed up some of my thoughts about this. I’ve talked to some American racetrackers about this --none of whom ever heard of the guy before this broke–and most of them thought the same. It was terrible and stupid but the horse is dead. It’s not animal abuse as much as bad optics and incredibly dumb on his part. It also is unlikely to happen on a racetrack here because it is too public, even in the mornings and during a pandemic. The LA Times, which can’t be bothered to cover racing as a sport, is writing stories about every dead horse.

But Europeans have private training centers and Elliott looked so comfortable with the photographer, that person had to be an employee or a girlfriend or someone equally close. So now we have a shocking photo running around social media and it sounds like more may be in the works. And like Peta and the Derby, they are dropping right before the Grand National. You’d almost think it was engineered that way…

On a more positive note than this scumbag (Elliot)…

For The Love Of Horses: Racing Industry Unites To Showcase Racehorse Welfare from PR

While not abuse, it shows such disrespect to the animal, the owner of the animal, the breeder, maybe even his staff that cared for the animal. He has nice horses and rich owners. What an arrogant fool.

Elliott is not the only jerk…

Does anyone know how many horses he had in his barn before this happened? I saw that one owner with eight horses just left him.

it seems in Ireland the top jump trainers have over 100 -150 horses in training.

it seems in Ireland the top jump trainers have over 100 -150 horses in training.

Wow. Scary logistics involved with that many of them.

Here is the statement by Cheverly https://www.thoroughbreddailynews.com/cheveley-park-stud-move-horses-from-gordon-elliott/

What the hell is wrong with these guys?

I can’t imagine why anyone would sit on a dead horse let alone have their picture taken at the time. It’s just bizarre. Goes to show, I suppose, that some people really don’t care much for the animals that earn them a living, nor for the owners of those horses.

It’s good that they’ve outed themselves. They need to find a different job and they’ve proved it.

Gordon Elliot is one of the top jump trainers in Ireland, a nation that takes its racing seriously and where horse breeding is recognised as a significant primary industry. As the horse was already dead when the picture was taken there is actually no welfare issue. Elliot has (had) an excellent reputation for the care of his horses. However, the PR disaster, arising from what was apparently a very sick joke in private, is remarkable. It has spread beyong racing media into national news. He is currently banned from having runners in the UK, pending inquiries and a decision about any punishment by the Irish authorities. He has alrady lost a major owner (Cheveley Park) though others (Gigginstown) have stuck by him. He has already lost a substantial sponsorship deal (Betfair). He could still be banned from running any horses at Cheltenham as British authorities are independent of those in Ireland. The Festival had really poor press last year as one of the last major sporting events held just as the nation went into covid lock down and that might come into play now.

For wider racing, this is a disaster. Racing is a hugely popular sport in Britain but there is also vocal Animal Rights opposition to racing, and jump racing in particular. Cheltenham, the National Hunt Festival, is coming up in just a couple of weeks. Dispite the research and work to reduce casualties, there are, unfortunately, horses killed almost every year and there is always a public outcry about it. This particular image is going to be used again and again by those that seek the end of horse racing.