This weekend the princess turned 5yo. While my work schedule and her on/off growth spurts have derailed some of our under saddle progress, it’s so miraculous that she’s turned into a lovely adult at all, after her rough beginning.

For those of you who don’t remember, Trixie was born at day 318. Her dam had undiagnosed placentitis and Trixie came out red bag, couldn’t stand, very lax and windswept, with eye, lung, and bladder problems in addition to general infection and high level of pre-mature traits. Mom and baby were immediately transported to NC State’s clinic and checked into the ICU. We were told she had about 15% chance of survival.

She had round-the-clock attendants initially and required a lot of specialized care, staying up at NC State for several weeks. Even when she came home, she needed a series of splints, special shoes, very limited turnout in a small roundpen, and other extensive care. But the filly was a fighter and never stopped tottering around, trying to be ‘normal’. It was heartbreaking and heartwarming at the same time.
She attended her AHS inspection at 6 months and the judges had positive things to say, even though one hind leg was still a bit weak and crooked.

Now she’s 5! She’s a diva, and has quite the personality. Her early care regimen gave her a bit of the ‘orphan foal syndrome’, complete with lack of personal space. She’s a little smaller than her genes would suggest, but she’s a lovely mare in her own right. She was bred to be a hunter, and looks like she’ll excel in that discipline. She’s a stunning mover and very quiet. She’s also very opinionated which we try to carefully manage. She loves her people and attention of any kind.

There were several times 5 years ago when we thought we’d lose her overnight, and so to have her grow up, and grow up so well, is just so amazing, fantastic, and wonderful.
I want to thank the COTH community for being so supportive in 2016, and update with a status and before/after pictures. 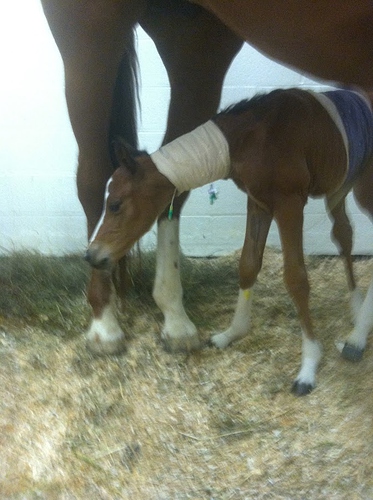 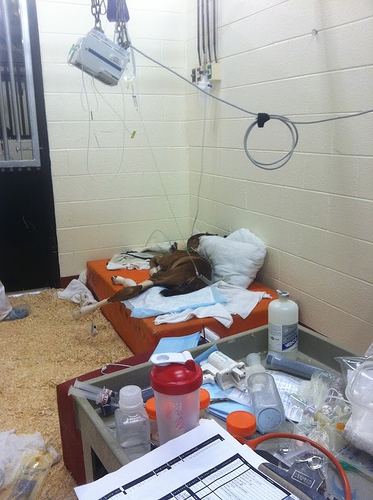 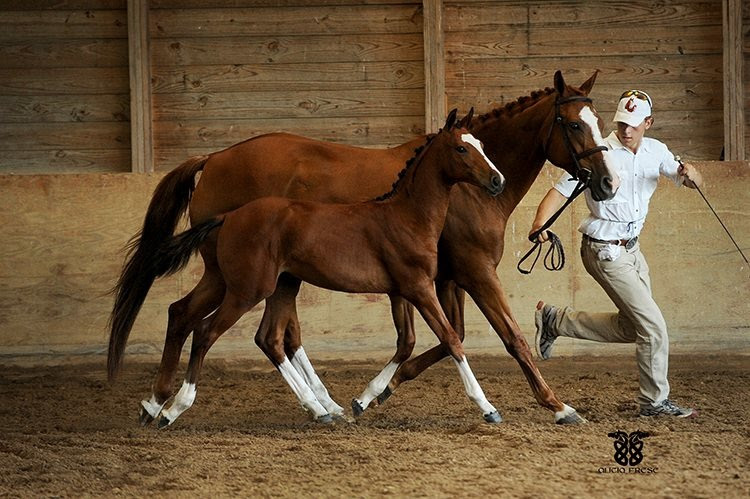 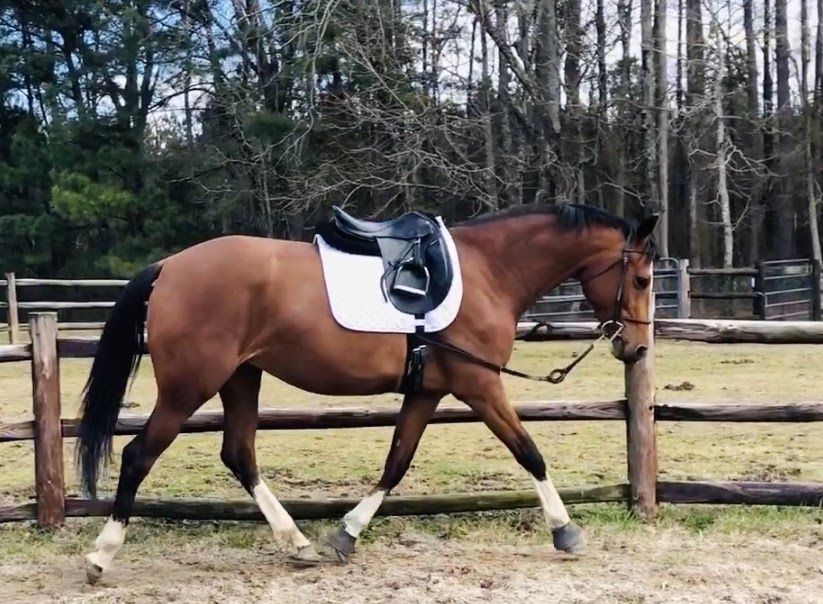 Great story, and what a cute girl Congrats!

Happy birthday, T! What a big girl you are! Love her inspection pic: she’s saying “How do you like me now!???”