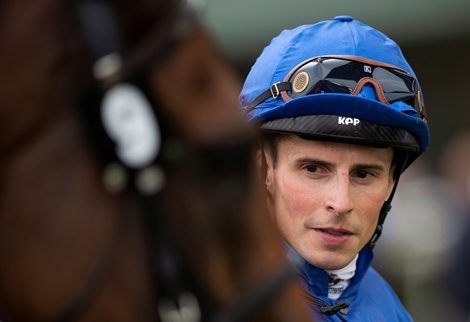 There was a dramatic start to the June 4 card at Epsom when "a very bad mistake" meant William Buick's horse ran without him after a rival runner in the next stall struck him in the head.

Yikes. Even with a helmet he had to be concussed.

It was crazy that the starter opened the gate after William Buick and several other jockeys told him to wait. And lucky that Buick wasn’t hurt when his horse took off out from under him.

Yep. It could have ended very differently & not in a good way.

Surprised he was cleared to ride the rest of the day. Jockeys are tough, but that had to smart.
Probably the doctors had not seen the video.

They’re saying the starter couldn’t hear the jockeys because of a helicopter? Seems like a weird excuse.

No, quite likely true as there were several helicopters bringing owners etc to the meeting and they land on the grass inside the track. The Epsom Downs are a large area of chalk grassland, in the Surrey hills south of London, which is open to the public for recreation, as well as being the site of the long established racecourse, so people can watch the racing for free. They only have to pay in the grandstand and the other racecourse facilities. The gallopers walk out from the paddock by the grandstand across the downs to get to the start.

It is hard to see on TV but the terrain is very demanding. At the start the horses climb up a fairly steep hill then after a relatively flat bit there is the extraordinary Tattenham Corner. I was amazed when I walked it as the bend is almost 90° and down hill at a point where the horses are running at top speed. The final half mile straight is downhill until a final rise before the winning post. Sprint races, also run down that final straight, often produce lightening fast times. So the Derby is a remarkable all round test for the horses and the winners are generally exceptional animals.

(ETA I got a bit carried away thinking about the Derby. The headbutt was in an earlier race.)