Help Reading A Tattoo? JC has Been Sending Me in Circles

Anyone here good with screwed up or partial tattoos?
I’ve asked the JC three times, explaining that I’ve tried the lookup, but they keep sending me back there!

We have a ~15 year old (maybe older maybe younger) chestnut mare, around 15.2 hands. The person we bought her from doesnt have her papers. We bought her as a polo pony from Virginia.

She has a tapering star that merges with a large lip patch/snip into her left nostril and over her lip, no other white (ignore the white line on her leg, thats a scar from slipping in the trailer). She has a strange dark patch about 3 inches from the point of her right hip.
(yes I wiped off her lip, she’s just shiny) 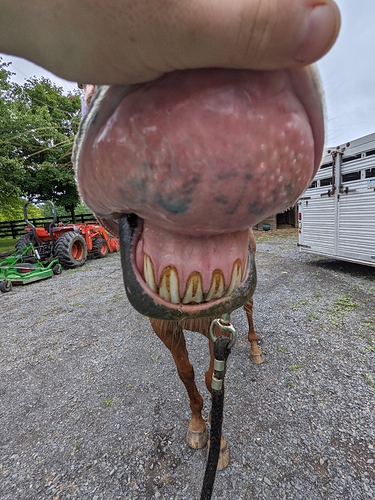 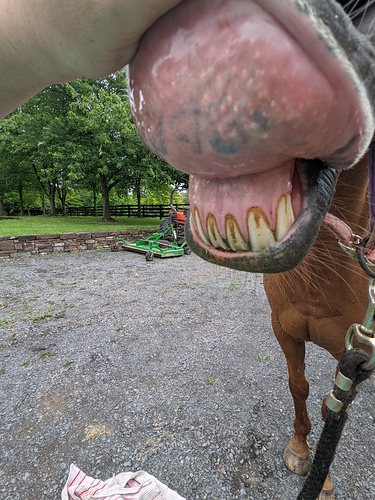 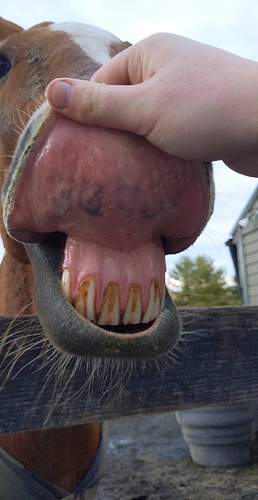 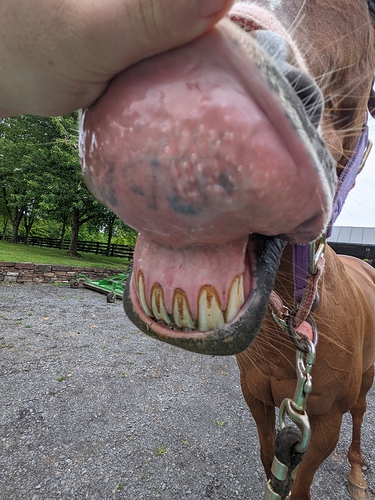 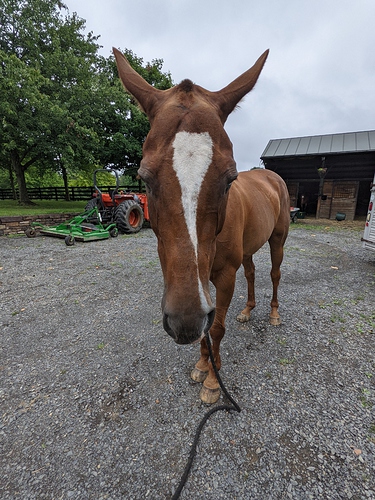 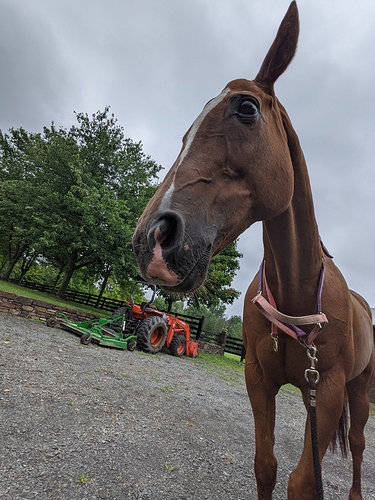 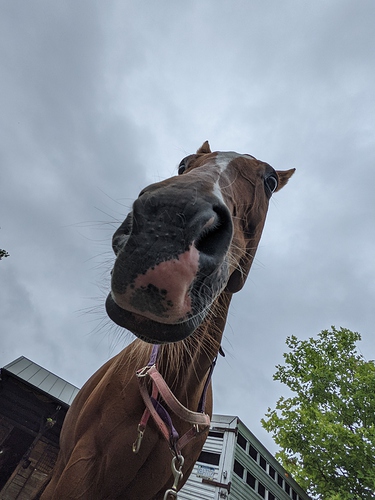 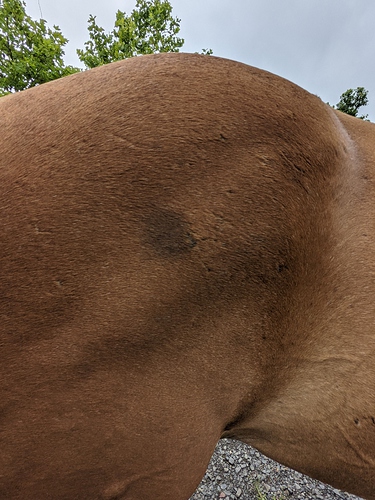 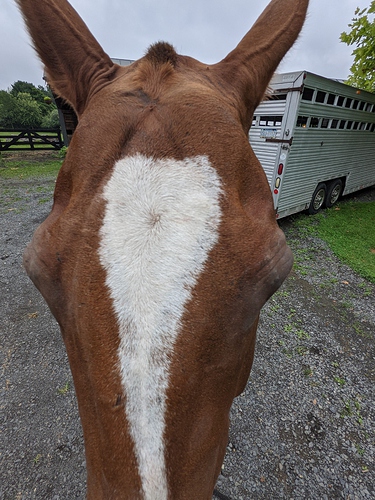 Im not so sure thats a TB tattoo.

I see J093? (can’t read the last one) but the problem is that’s one digit less than what should be there for a TB.

I have a 1988 gelding still kicking and the JC hasn’t been able to turn up anything on him, either. It’s frustrating. His owners don’t quite remember his name, of course.

Welcome to the Thoroughbred Incentive Program. Created to encourage the retraining of Thoroughbreds into other disciplines upon completion of careers in racing or breeding, T.I.P. offers incentives for competition horses, a Championship horse show,...

For horses born in 2001 or after that are not tattooed or for which tattoo research was unsuccessful, customers may submit a request to the Registry to DNA type the horse for comparison to the DNA types on file for registered Thoroughbreds. There is an $80 fee associated with a request to DNA type a horse. DNA typing is not available for unregistered horses. Click here to request assistance.

2005 is “I” which could easily totally disappear.

There are absolutely no white hairs on a heel somewhere?

what else would it be, shes so clearly a TB with her attitude, build and athleticism.

no white other than the face, I wish she had some, it’d be so much easier!

I see a J in front. The next character is weird. It looks like two different numbers on top of each other/overlapping. Then an obvious 9, then either 3,8,or 0, and the last one unreadable. But I haven’t found anything that seems to match with those parameters…

Racing arabs can look surprisingly TB-like. I don’t think that’s what she is based on the pictures, but just throwing that out there.

She has an Argentine look to me, which would make a lot of sense if she was a polo pony. I don’t know if they ever tattoo them.

As global of a sport as polo is, I also wouldn’t rule out the possibility of her being imported (TB or otherwise). I don’t know what other countries use lip tattoos.

As global of a sport as polo is, I also wouldn’t rule out the possibility of her being imported (TB or otherwise). I don’t know what other countries use lip tattoos.

Such a good point. I checked for imports (*) and didn’t turn up anything likely…but if she didn’t race here, they wouldn’t’ve tattooed her here, right?

I also checked for imports today, didnt find anything either.

Yeah the 9 is the one thing I know for sure, I think the last one might be a 4 or a 1, but havent found anything yet

I also checked for imports today, didnt find anything either.

If she was an imported TB but imported for polo, not racing, would the Jockey Club have a record of that?

Sorry if this is a dumb question. I just never really thought about it.

No such thing as a dumb question!
Since she’s tattooed its possible she raced in Argentina and shipped over, then spotted by a polo trainer and pulled from the track. We had another chestnut mare years ago who raced in Argentina, retired and came here for polo and she was also tattooed

No such thing as a dumb question!
Since she’s tattooed its possible she raced in Argentina and shipped over, then spotted by a polo trainer and pulled from the track. We had another chestnut mare years ago who raced in Argentina, retired and came here for polo and she was also tattooed

I understand that part. I wasn’t clear. How did you check to see if she was imported? Through JC or through the specific foreign registries or is there another record of this info?

ohh, A foreign horse with a JC tattoo will have a * in front of the numbers instead of a letter. And since we cant figure out what letter is there, we have to assume it could be a *

Tex’s point is that if the horse was imported to play polo, rather than to race, the Jockey Club would not have been involved or notified in any way.

The only way this horse would have an import tattoo from the Jockey Club is if she was imported to race.

To me the full tat looks like the numbers 3089 and I can’t make out a letter.

She looks like a TB to me but I’ve not seen any racing Arabs. If she’s not TB, could she possibly be a QH - I’ve seen racing QHs who don’t look at all like what most picture when they think of a QH. (Worked as barn security on the backside of a TB & QH track a few years back in my mid-20s and saw plenty of both.)

Polo pony, though, I don’t know much about polo, don’t play it but as global as it is she could be imported.

FYI I still have a login for the JC tattoo look up and there’s still a partial tat look up for when you can’t read a full tat but can read some of the numbers, going to try that and see what I get.