I am a horse person, but my sport is hunters so I am hoping you all can help me!

I am working with an exhibit design company on a small museum that is going to feature a few driving items and I was tasked with making sure they are accurate. Being familiar with the equestrian community on here, I figured this might be a good place to reach out. Hopefully someone here would be willing to let me know what to search for so I can have accurate items on display.

My main question is about finding which antique horse collar would be correct to display bells. I can DM an image of what we have if necessary.

Thanks again to anyone who can help!

Since this is a driving question this does seem like the right place to put it, but since it is not getting much action you might want to cross post the same question in the Off Course section, where more people will see it. Hopefully someone smart on these things will help you there. 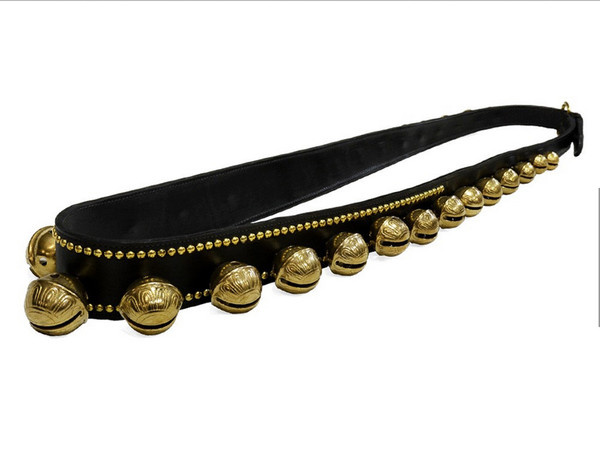 These go on carriage/sleigh shafts: 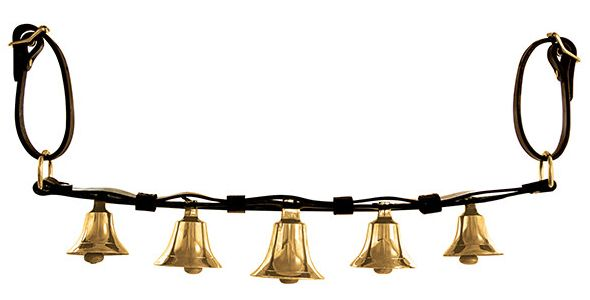 The framework bells, can be mounted on a collar, but I’ve seen them on the back: 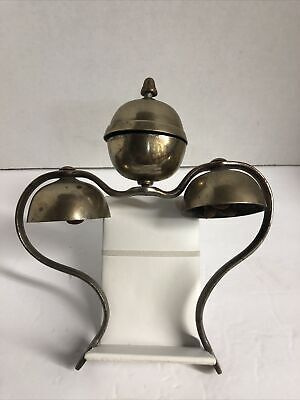 Thanks for your help!

It’s the framework bells that we have and need to mount, like these below:

Is it any collar they can be mounted to, or are there particular ones that I should be searching for?

EDIT: @goodhors are you able to help?

That I can’t help with.
But if you tag @goodhors I bet she can

Is this an Eastern Seaboard museum? The photo in your post appears to show a type of Conestoga Wagon hitch in the harness setup, attached to an actual Conestoga wagon. Americans had two kinds of “covered wagons”, with Prarie Schooners used in the western settlement because they were lighter, could be floated across rivers, making travel faster, though still only 8 to 15 miles (a long distance day!) in daily travel. Schooners are squared, flat-bottomed in their body design. Differences in wagon designs is easy to see when side-by-side.

Conestoga wagons were heavier built, made to carry freight along the Seaboard States. Mostly used east of the Appalachians, in the early 1800s where there were few (all terrible) roads. The canvas covers protected the supplies during transit. Conestoga wagons had curved bodies with curved bottoms, high sides, which helped keep their freight loads in place going up and down the mountains. They did not carry people, even the Teamster himself. Frighters had regular delivery routes, so they had bells on the 6-horse Teams to alert other travelers of their approach. With bell warning, oncoming wagons could pull off to allow both wagons to pass without problems.

Any Teamster who got in trouble on the road, needed help getting out, had to forfeit his bells to the helping Teamsters as payment for aid. Rules of the Road sure have changed! Ha ha This is the source of the old saying “I will be there with bells on” when promising a safe arrival! Arriving at a destination silently tells EVERYONE you had trouble getting there.

I am sure there is some kind of special collar arrangement to hold the bells above the collars. The Conestoga bell frame is sizable, has spiked ends that go on-in-anchored to the collar to hold them in place. I “believe” the left wheel horse does not always have bells because the wagon driver actually rode that horse, so bells would be in his way. Could be wrong on that point though. Most of the Conestoga Teams I have seen wore additional bells under the neck. Usually a string of 4 actual bells (not round sleigh bells) hung low enough to ring well below the collar.

They originally drove the six with a jerk line, not reins as seen on modern draft teams. But maybe all Teams were not good on a jerk line, so they went to reins later. This left side rider is supposed to be part of the reason Americans drive on the left side. The two Teamsters would stop and “visit awhile” in the middle of the wagons passing each other. Left to left, made conversation easier as they exchanged news of the road ahead, gossip, etc.

The Carriage Association of America is the keeper of horse drawn vehicles and all knowledge related to them. I am sure they could help you with the bells and how they are anchored. There are folks there who specialize in American Covered Wagon details. For some reason I just have a mental blank on how the bells go on the collars! Not paying attention when I saw them. Not sure my photos would be of any help, those were wagons in 1976. Conestoga bell frames on a table show the legs ending in sharp points, with the secondary strings of lower neck bells, sold together at the auction.

Thank you SO MUCH! Your depth of knowledge is amazing.

Yes, it’s an eastern seaboard museum, and this exhibit is talking about the Conestoga Wagons during the 1800s.

Thank you again, you really have been incredibly helpful.

Glad it is useful information! I did run on a bit, but at times things can’t be clear without much more background detail. Perhaps sharing will get the information spread more widely!

I am always amazed at how small the space inside both types of covered wagons is!! I got a much better idea of how brave people were to leave almost everything behind except what fit in their wagon for survival, set off to find new homes. The Conestoga wagons held very limited quantities of supplies to provide the Eastern settlers on the edges of territories, with things they could not make themselves! Some locations only got a delivery or two each year!

The CAA is a great resource and helpful with their reference material.

Who here would attend a @goodhors lecture series on All Things Driving?
{raises both hands}

I knew you’d have the answers

There’s a private carriage & auto museum not far from me.
Our Club President is friendly enough with the owner that we visit annually.
He has all sorts of carriages - from horsedrawn to the first Horseless & autos up to 1960s vintage. All still pristine & driveable

There’s a Conestoga in his collection & I was also surprised by how small it seemed.
Pioneers were Brave Souls for sure!

Collection also includes a fully restored 12-passenger stagecoach - circa late 1800s, IIRC.
6 seats inside, 6 more on top in 2 rows of 3.
Meant to be pulled by a team.of 6.
Not an “economy” vehicle, it is finished very beautifully, velvet upholstery, roll up windows, embellished paint job, etc.
As luxe as this coach is, those riding on the top - no matter how short the trip - must have had an interesting journey

Who here would attend a @goodhors lecture series on All Things Driving?

Me, too! I’ve learned a ton from her over the years. I no longer drive since I ran out of horses, but I’m still interested in what she shares (and the other knowledgeable folks here, too).

Amen. I would love a book by Goodhors. My great Aunr Molly was born in a covered wagon. My gosh
The hardships as bad for the horses, teamsters, and passengers.

You guys are making me blush! Thank you very much for the kind words!! No plans for a book. Ha ha

One suggestion - Get a decent set of harness for your exhibit. There is a lovely little carriage museum in Old Towne San Diego that has a cheap @ss set of $125.00 harness on a plastic horse that is front of a beautifully restored carriage. It looks awful, at least to anyone who’s seen a harness or tack catalog.