My mare was just diagnosed with a hemorrhagic follicle. She ovulated yesterday and the day before was incredibly unhappy being touched in the flank region, being saddled, or bending around my left leg. Yesterday she was sore through the lumbar and hammies. This is a regular occurrence unfortunately.

Has anyone experienced mares with HAF showing behavioural problems under saddle before?

What treatment did you go through to get the horse back under saddle, painfree?

My mare was no longer being ridden but was diagnosed with this. It happened almost every cycle causing fairly dramatic colic symptoms. We had the option of spay or regumate. We chose regumate because mare was in her early 20’s and it worked well for her.

Thanks. I’d probably spay, I don’t much like the idea of Regumate and last I heard it was quite a prohibitive cost!

It was expensive. Fortunately my mare was a pony so the dose was low but it still was a budget buster.

I had a mare that did not have a hemorrhagic follicle but a solid tumor on her left ovary. She got very unhappy whenever she was in heat…very! It took me about 3 months to notice that the behavior was cyclical. She would kick out at the leg, was very tense and balky. When she ovulated, it was like a switch was turned and she returned to her pleasant self until the next heat. The behavior during her heats got worse (add in savaging her pasture mate because it had to be his fault

) and I had her spayed. That was a total cure.

For a younger mare, I would opt for spaying…at least the affected ovary if it is only one.

I have had her checked twice now. Vets are happy that her ovaries are normal, just painful (for now). And won’t spay her as the risk of death is high. So that option is out.

My vet was worried too that the spay wouldn’t help… and was shocked when the results came in.

My mare is soooo much happier now! Never heard of a risk of death for a spay, however anything is possible. For me and I would bet my mare it was worth it.

My mare is soooo much happier now! Never heard of a risk of death for a spay, however anything is possible. For me and I would bet my mare it was worth it.

Any surgery has that possibility (death). Maybe the hemorrhagic aspect makes it riskier. My mare’s spay was done eons ago. Long before all the scope procedures. It was a general anesthesia, flip her on her back, two incisions near her udder and wake her up and recover her thing. The vet (both my regular vet and the surgeon) would no longer do the procedure typical for that time due to risk. However, the horse was miserable for 1 week every 3 weeks and was quickly getting to be unrideable during that period and things only would have gotten worse as the tumor grew (it was benign though). What kind of surgical procedure is being discussed? I don’t know what they are doing now. I thought most were done via scope? The vet that did my horse’s created his own procedure due to the complications of the procedure du jour.

Will drug treatment correct the hemorrhage? If so, then is a logical first step. Me, I wanted them gone…yes, did both sides despite the tumor only being on the left side as I wasn’t planning on breeding her and never regretted it. I sold the mare and kept track of her up until she was in her mid teens and she was still going strong.

My mare had Laparoscopic ovariectomy, done standing in the clinic May of this year.

6 total incisions 1/2” long. So three on each side. Three days of stall rest and total recovery time was 2 weeks.

Was back to showing 3rd level and winning with scores in mid/high 60s. 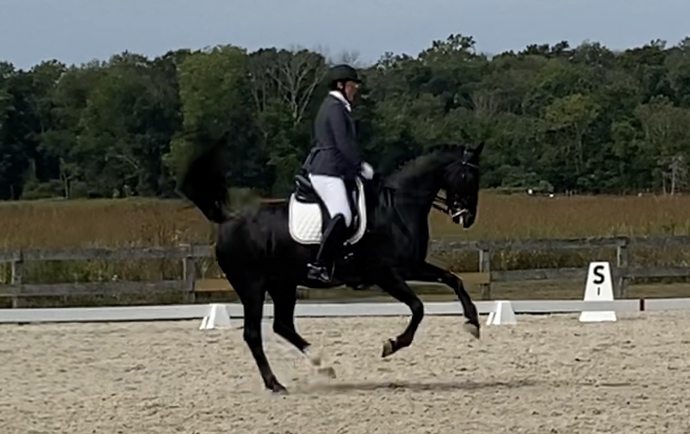 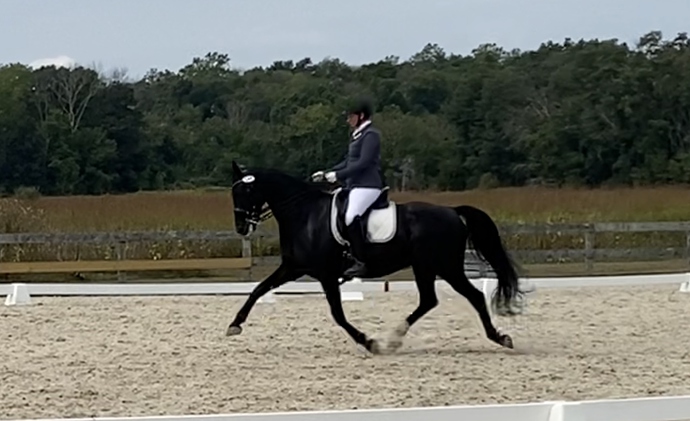