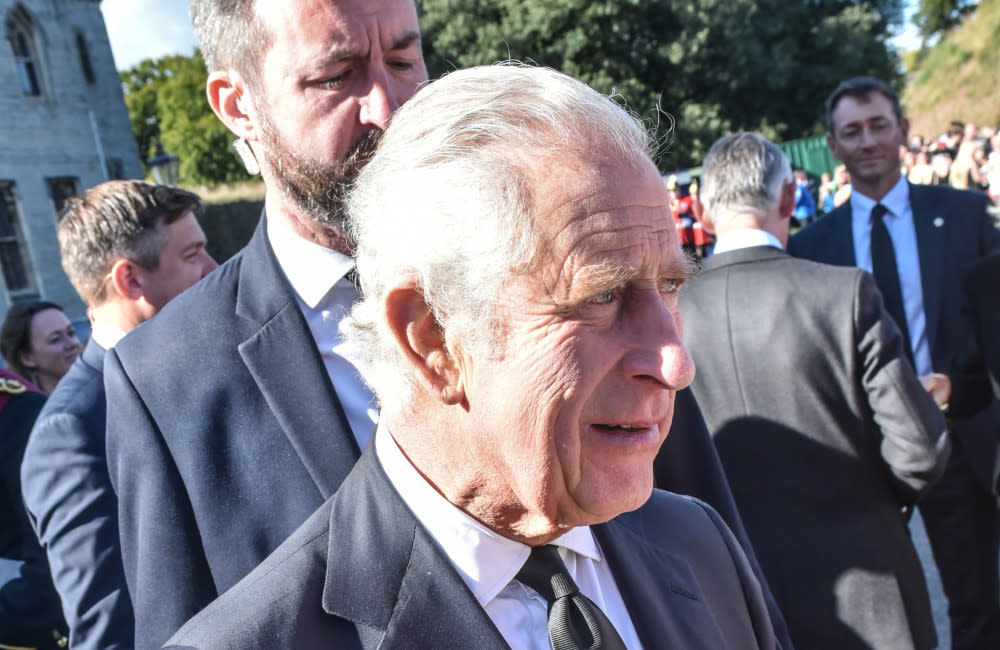 Not surprised, he’s played polo, as expected of young royals back in the day but not the avid horse person his mum was. They will certainly find good, new barns. Times change.

I suppose the race horse industry will be fine with or without the Palace’s support, but I’d be disappointed if King Charles did away with the royal programs relating to native breeds. If I’m not mistaken, the Queen was a devoted supporter of Fell ponies, Cleveland Bays, Highland ponies, and perhaps other breeds as well. That seems like such important and meaningful work.

If King Charles isn’t interested, perhaps Princess Anne or Lady Louise could take over that work.

I read something that said that Camilla was way into the horses, and she might change his mind.

if the Royal Stud truly goes to the wayside it will be a tremendous loss. It seems like they have quite a number of in training + broodmare horses on the care tab so hopefully downsizing just means it becomes a more manageable endeavor for everyone. Even if they cut the number of foals per year, broodmares and horses in training by 1/3 each; it would still keep the stud alive and supporting of its affairs.

I never did care for Charles but I can feel the anxiety of those have cherished these breeding operations for decades as they could be watching it all disappear in a few short years.

Every time is see King Charles, I think of the spaniel.

I hope I get better about that​:grinning:.

I volunteer to take any of the Queen’s horses that don’t sell at Tattersalls.

Every time is see King Charles, I think of the spaniel.

Me too! I am glad I am not the only one.

I never did care for Charles but I can feel the anxiety of those have cherished these breeding operations for decades as they could be watching it all disappear in a few short years.

I agree.
It stresses me that one of the first things he is doing is this.

Emma isn’t going anywhere. the Royal family has already confirmed that. She will remain in the family in the same spot she always has been.

Several of the queens horses were recently shown at the HOY show. That is somewhat promising

I can understand and justify the reason to downsize and make things more manageable for everyone involved. I do think that we will not see Charles completely dissolving current agriculture investments. He understands their importance to the royal household, their agriculture economy and his relationship with Brits.

But Charles is not as horsey as his mother was; not nearly as much.

Besides polo I seem to think that he steeplechased also. He had to give it up soon after he was married because Diana and his mother did not like the risk he was taking. I don’t think he was that into horses but was interested in horse sport.

I don’t think he was that into horses but was interested in horse sport.

That’s my impression too. He was interested in the athletic challenge of it but not interested in horses as individuals. I’ve never seen pictures of him hacking out, feeding the horses carrots, or discussing horses with the staff, whereas there are many pictures of the Queen doing so.

I understand Camilla is quite an accomplished rider and often participated in hunts. I wonder if she might take an interest in the native breeds and take up the pasttime of hacking around the grounds of the various residences?

Charles hunted frequently as well. There are photos of him hunting with the Quorn, the Beaufort, Belvoir etc…

The photography website says editorial and personal use of photos is OK, just not commercial use. If I am misunderstanding please let me know and I’ll take the photo down.

Camilla did the stuff at Ascot last weekend; https://youtu.be/YehcGA5edto

Anne is already involved in rare breeds at Gatcombe.

The King is selling 14 of her late Majesty's racehorses at Newmarket auction house Tattersalls.

Wouldn’t be a surprise to learn her will would have included specific directions regarding her race horses and breeding stock.