Looking for a new saddle for high-withered horse

Bennie is an Appaloosa/TB cross, 16.1. He has high withers and a curvy back, but he’s not narrow. Most medium trees fit him ok. Here is a picture of him: 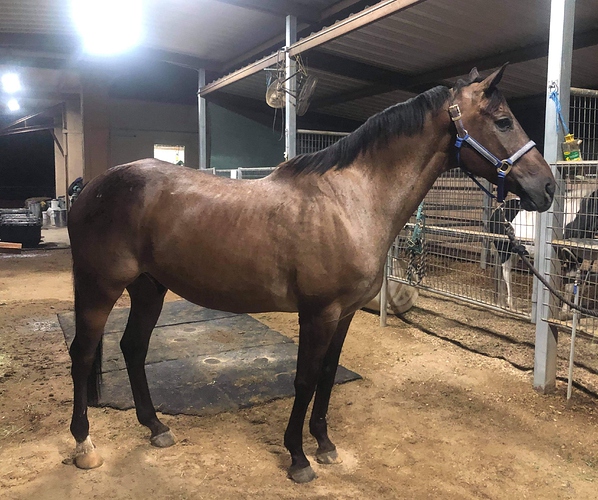 Right now I have an 18" 2009 PJ Delgrange. So soft and nice and fits my big butt perfectly, but on him puts me in a bit of a chair seat. I don’t know how much I can get for it, but it is in very nice condition. I know some people covet older PJs.

I’ve also ridden in my trainers 18" Nona Garson Prestige. The balance was good, but the seat was very hard.

I can only afford used saddles. I plan on selling my PJ and a Prestige dressage saddle, also an 18". So whatever I can get out of those two, I have to spend on a used saddle, maybe $500 more. 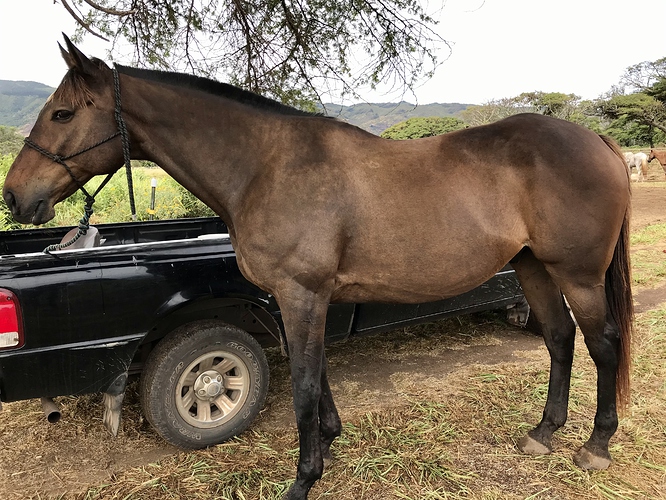 image4032×3024 4.42 MB
no insight on the antares, but my TB here goes in an amerigo. i’ve been using my dominus on a couple other horses i ride who have a flat back with high withers. it’s the most comfortable saddle ever, i wish it fit my horse like my amerigo does.
ps there are a few consignment shops that will let you do payments on saddles! you can always get your horse fitted and then buy one that matches.
1 Like
Layananda November 12, 2021, 10:52pm #3

I have several horses, mostly TBs with big withers and curvy backs. I have three Prestige Meredith saddles in 3 different sizes. These same saddles have also fit some previous horses of various shapes. It is truly remarkable how well the saddles work with different shapes of horses, with just minor pad changes between the horses.

My newest TB has totally ridiculous withers with big hollows behind the withers. You look at him and it seems like no way ANY saddle will fit. With the right combination of pads my Meredith works decently, but I wanted a better fit. Without the pads, the Meredith slightly bridged. Had reps out for a couple French brands. None of the models worked well. Plus the newer used French ones cost close to the price as I could get another new Prestige for. I own an old Delgrange PJ, and that one didn’t work either.

So I tried a Michel Robert Prestige. (I think) they just revamped the M. Robert. I don’t know if an older model would fit the same, but this one fit my TB great with no bridging. Fit me super also, so I ordered a new one.

I really like Prestige saddles and they cost less than the French brands. I have tried other Prestige models and they didn’t work for me. Fit the horses OK, but weren’t comfortable for me. But the Meredith and Michel Roberts work super on my curvy TBs and for me.

Do you know which shops let you do payments?

highline tack! i see them on facebook all the time. they have a beautiful assortment

This link is to an Antares saddle and explains the flap sizes. 4 is their longest and A is slightly forward. It appears you are going to have to click on the link, then select the picture under the saddle picture that has the flap size diagram.

Antares Signature Grain saddle Tobacco In Stock 17.5 2A A01 Foam Any SIze can be orderedThe Antares Original Signature Jumping Saddle is a semi-custom jumping saddle with a semi-deep seat. It provides great contact and balance on the horse, ensuring...

BTW, if you like Antares, I just got this Signature saddle, and rode for the first time in it yesterday. I think I will really like it once I break it in.

I’m sorry that I’m no help on the saddle search, but Bennie is absolutely lovely! What a sweet eye!

I wonder what percent they take on consignments.

Would any of the CWD saddles work? Newer Butet?

They take 18%, which is honestly pretty low for how good they are.

CWD won’t work for a curvy back most likely. Devoucoux might work with similar panels to CWD but more curve to the trees. Butet would not be my first choice for high withers unless maybe if you got a wool flocked one.

Having a horse with high withers myself with not so curvy of a back, some of the saddles that fit him ok up front but are too curvy for him include some of the Antares models (I think Connexion is probably best for wither clearance), Meyer especially with the shorter panels in front, and Equipe Evolution. Also maybe Stubben or Amerigo. Highline Tack does sometimes get these in as does Goldfinch Fine Tack (only on Facebook but this person is local to me). The Highline owner also has a site Fineline Tack for some less expensive brands.

I have had several high withered Tbs. One known as mount witherest! My L’Apogee fit beautifully… Love mine. Unfortunately, it does not fit my present horse as he is very narrow at the withers. Highly recommend

My horse has a similar wither/back conformation, and my Butet fits him like a glove. I bought it second-hand for another horse- its a wide tree with built-up panels that provide wither clearance and lift behind. He’s a tall narrow horse, but his back is both curvy and round.

My Delgrange does not fit him in any way. The tree shape is completely wrong.

My OTTB has slightly bigger withers than your guy, but a less curvy back. She has a deceptively large shoulder too (she’s an otherwise somewhat dainty mare). I have a CWD with pro-panels and a regular tree and it fits her really well with proper wither clearance without any type of additional padding. I have no idea if it would work for a curvier back (a poster above seemed to inductive it may not), but wither-wise it works well for me.

I have a Black Country Ricochet with wither gussets that’s my go-to saddle for withery horses. It’s been reflocked multiple times to tailor the fit to various beasts that have come through the barn. It’s also made of leather that’s built to last. Highly recommend.