).
Yesterday was the 1st time I harnessed & drove in awhoooolelottamonths

He was a complete & total Rockstar.

2h drive at the County Park that maintains trails for us.
Following friends driving a DraftX & a Friesian, those little legs did not break from trot until the very last when I took him back to the trailer while the Big Guys continued on.
He could have gone on, but I took pity on us both - he has done nothing more than amble around my pastures, I am Old & it was chilly when we were in the wind.
Including a stretch of lovely canter when he was scared his nose was not his preferred 6" (slight exaggeration, but…) from the end of the cart in front of us.
Practice for when we move to Intermediate in Cones 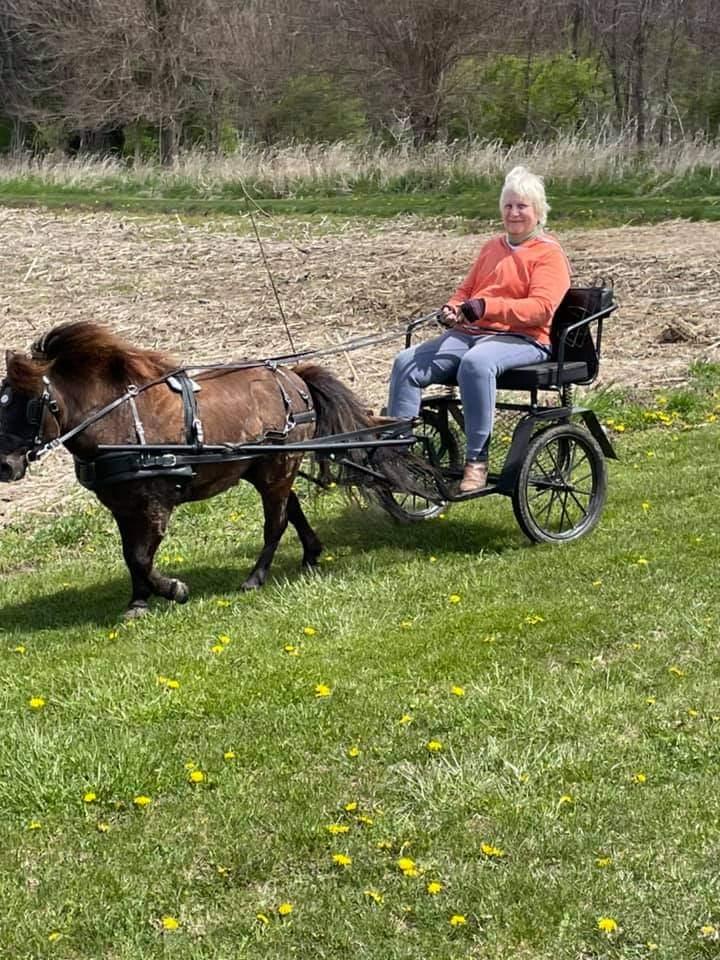 Here we are bringing up the rear: 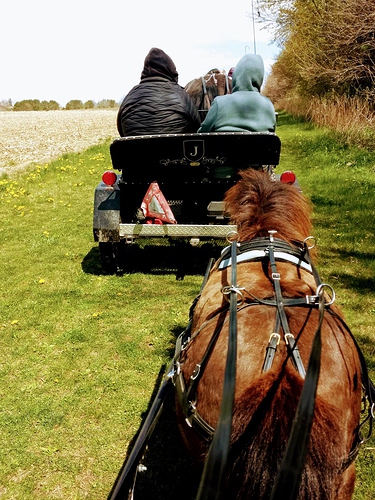 Glad you got out and you sound very proud of your boy!!!

I am taking my husband for a drive this afternoon. Been out twice in the cart, but also ride, so now the good weather is here, try to alter each time. Does not always work!!!

Thats great! Its so nice to be back driving again I’m sure.

Drive on and keep having fun!

With a solid brain like his it’s a lifetime keeper for sure! What a gift.

Driving friends tell me I won the Mini Lottery.