Rats/Mice Chewing Horses Hooves - How Do I Prevent?

I’m the groom for horses with this problem and am hoping for something topical that can be applied to protect their hooves from these critters that come in from nearby fields to feast.

Thanks for any suggestions.

Is this for real ? Where do you live ?

Addressing the rodent problem is the way to go here. Hire an exterminator if you’re not able to get it in hand.

If this is real why not try hoof boots or maybe duct tape to make the hooves untasty and get rid of the rodents permanently. Is a mouse even capable of chewing ( making a dent) in a normal hoof?

Now that I have your attention, this actually is the wierdest thing I’ve ever heard of. I have a friend who recently moved to southern CA, and her boarding stable has a very bad rat infestation problem, as do all the other barns in the area. Apparently, it’s not uncommon for these rats to be in the pens with the horses, nibbling away on whatever rats nibble on, AND – here’s the bizarre part – to be nibbling ever so slightly on the back of the horse’s hooves, at the heel bulbs… :eek: …not enoug…

Corona on the coronet band sometimes helps. Burying balls from a cat’s litter box under the bedding sometimes keeps them away.

Please don’t use poison as it moves up the food chain and harms wildlife.

adopt a pack of barn cats.

Yes this does happen. I’ve seen reports and videos of it.

It seems to me the obvious solution is to get the rodent infestation under control. They’re causing problems beyond chewing hooves.

Get a pet black snake and use the bucket trap.

I personally would have to move. Mice are a no-go.

Yes, I dealt with it at a barn in So. Cal. and it was awful. Rats were the culprits. I had to wrap his feet in duct tape. I tried Corona, Vicks vapor rub. I finally moved. The one picture is when they attacked his coronet band. The other shows even with wrapping, they still tried to get through. I have a picture of one of the culprits after I got him in a snap trap. Some might be offended, so I did not post it. 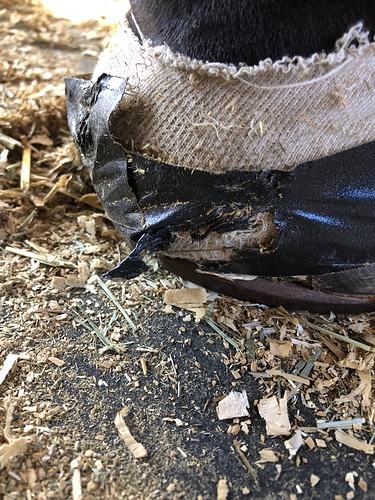 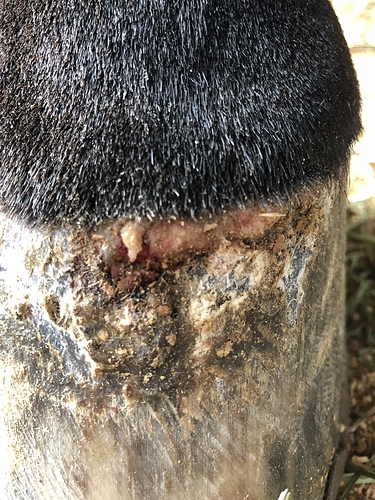 That is horrifying! I’d heard of this but wow. So glad your guy is doing better now!

I was worried about infection, but he has a strong immune system. The boarding barn will not address the problem. The other boarders drop grain on the ground for the ducks who come up from the park and they won’t stop. The rats don’t attack all the horses. Mine is just one of the lucky ones. I can never go back there, even though it is really close to my house.

So glad you were able to find a different place!

OMGosh!! What town was this in?

Is this for real? What horse stands still while a rat gnaws at its foot?

Rats leave very distinct teeth marks when gnawing on hard surfaces. They do not quite match what is provided in the photo. They are typically long vertical scrapes, with slight raised profile in center where their incisors meet.

I have never dealt with this (thank heavens), but I’ve seen this product: https://www.marysbotanicals.com/products/rat-stick

I don’t have personal experience with it, but browsing that website is how I learned that it even happens.

This does seem to be a REAL problem. Just google and see Southern Ca. and UK mentioned.
I’ve seen rats eating horse manure on a regular basis at one barn here in Fl. but never heard of them going after hooves.
I’d be buying a few dozen rat traps to eradicate the chompers.

Is this for real? What horse stands still while a rat gnaws at its foot?

Rats leave very distinct teeth marks when gnawing on hard surfaces. They do not quite match what is provided in the photo. They are typically long vertical scrapes, with slight raised profile in center where their incisors meet.

I don’t have photos but have seen what you describe on heel bulbs, coronet bands, and chestnuts. The chestnuts get manscaped; in other words, something is making part of them disappear. One trainer didn’t believe me so I had the vet verify.

It’s often the calmer horses and, say what you want about stereotypes, I’m not sure I’ve ever seen it on a chestnut mare.

As far as where, it’s been reported at the local tracks, and barns ranging from Chino Hills to Palos Verdes to Cerritos to Huntington Beach. I’ve only seen it in horses kept in box stalls and other enclosed spaces. Any place I’ve had a horse where it’s occurred it has been dealt with pretty promptly. Cats definitely help but there are times (Septemberish), at least in Southern California where the population of rodents sometimes expands too fast for a cat to deal with. We’ve had good luck with the plastic snap traps but you have to locate them (or put in a suitable enclosure) so the cat can’t get to them.

Not barn related but I was at an outdoor evening function in West Los Angeles where we were watching rats run along the fence lines.

For the non believers. Video proof. 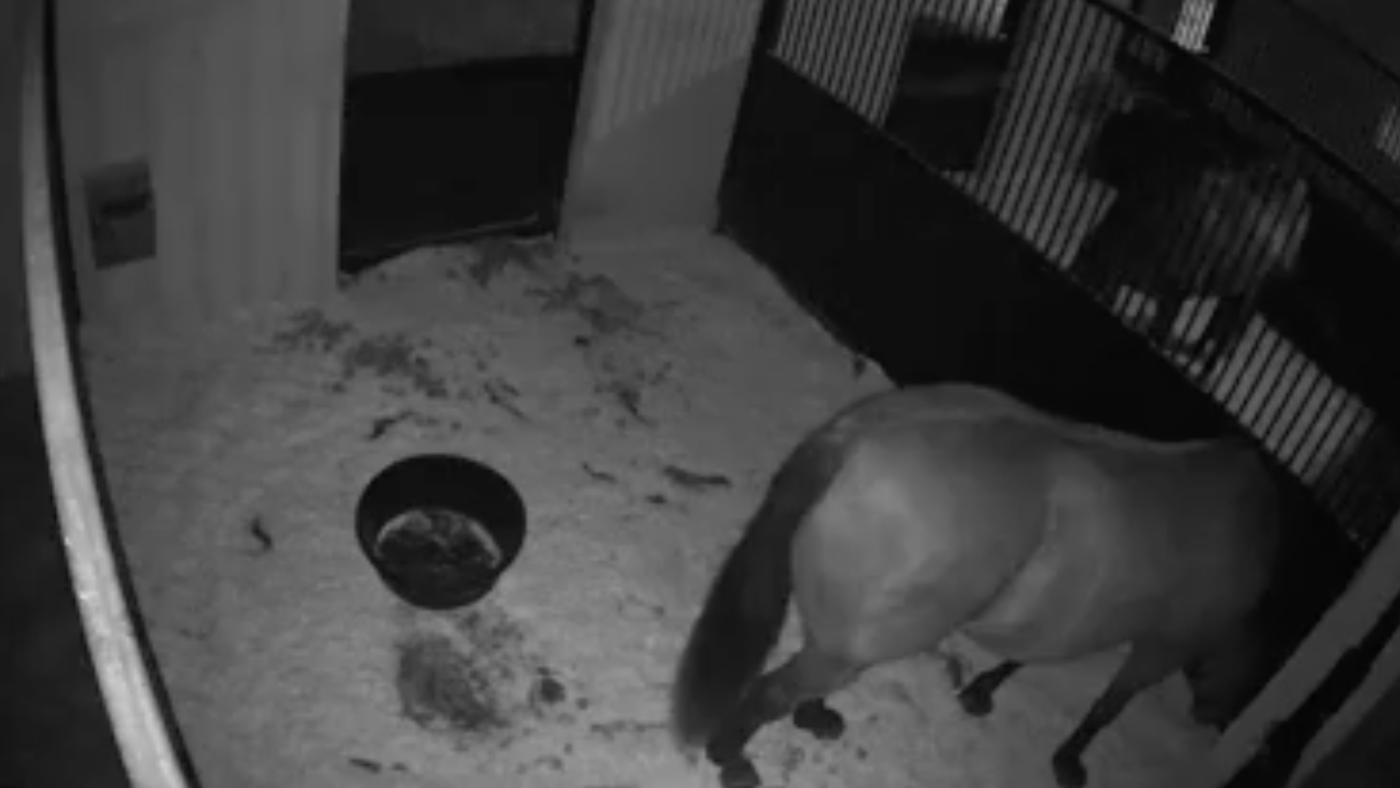 A viral video captured a horse owned by a US vet being chewed by rats that had entered her barn in Ocala, Florida, United States,

I didn’t realize this wasn’t a well known thing!

Wanna hear something even crazier?? In some areas of the world, vampire bats target horses. And you thought biting FLIES were bad 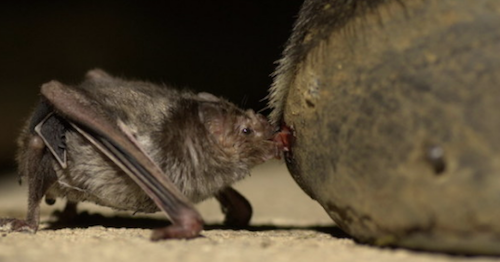 Vampire Bats: Why horses should be afraid of vampires--and not just on Halloween

Vampire bats in South and Central America love horse hooves. They frequently feed at the coronet, where the blood is close to the surface. Besides being creepy, vampire bats are the leading host of rabies in Central and South America and have...