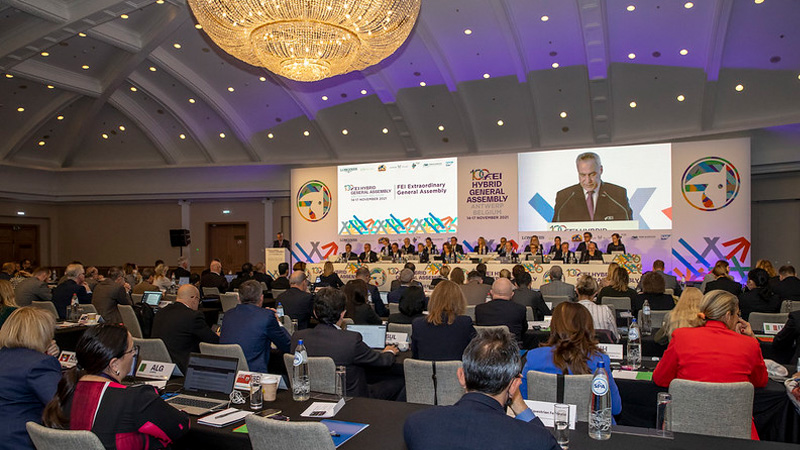 While the international equestrian community celebrated in 2021 the return of many top-level events such as the Longines FEI Nations Cup Final (Spain) and the Tokyo Olympic Games, the sporting year was far from normal. COVID-19 kept some...

70 votes for and 30 votes against keeping three horse teams. One problem with the FEI is that, as an international body, it includes many nations that really don’t have much of a horse culture or very much chance of ever competing at the top level. These countries, I believe, tend to vote according to FEI preference or guidance. Horse welfare: what’s that? On the other hand, there were new ‘flags’ competing at the last Olympics, which met the IOC requirements, and one can argue that building participation is positive for equestrianism.

Quite a few interesting changes. I can understand them trying for more inclusion from other countries, but the dynamics of a horse and rider vs a lone athlete should have played a bigger role in their decision. Guerdat (sp?) made really good points.

On a different note, why was reining dropped?

On a different note, why was reining dropped?

According to a comment on Facebook, the reining group and the FEI did not agree on the minimum age for horses in competition.

I don’t have any idea if that comment was accurate, since I have not been following the reining discussion.

His remarks were excellent. I don’t really understand how the FEI could have ignored his comments. He certainly has the competitive results and the experience to back them up.

That’s too bad. I see that the FEI wants Equestrian sport included in the Olympics, but they’re letting the horses down and will be giving the anti-equestrian folks a lot of ammunition against horse sport, because in the heat of competition, we have already seen some riders pushing horses past their limits.

Not a good look. Very disappointing.