Crafty: Getting more life out of wrecked bell boots

My horse wears bell boots 24/7 and I like Davis vinyl boots because the vinyl part is indestructible. The double velcro straps last quite a while too, but inevitably, the bottom one rips off… then the top one… and away they go to the landfill

A bit over a week ago I put on some new velcro I had lying around and it’s stayed in place and functional since then. I’m going to keep doing this: No sewing required! 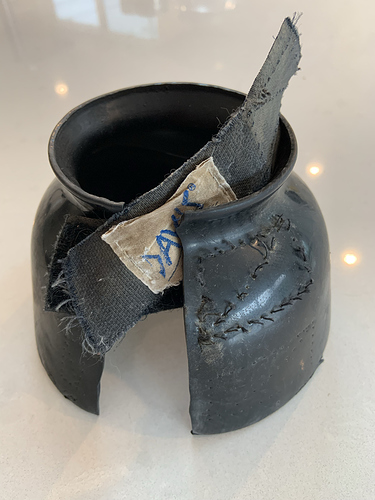 First, remove the old velcro from the boot. A seam ripper is handy for this. 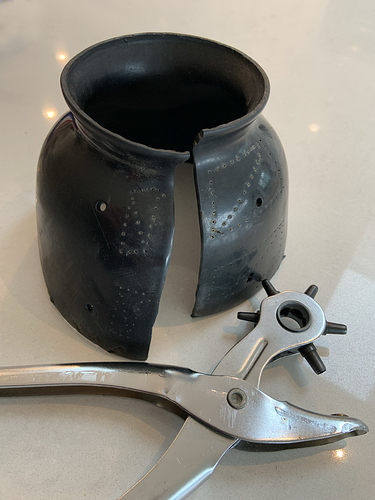 Then punch two holes on each side of the opening of the boot, as far in as the hole punch will allow, and about 2 1/4" apart. This punched hole seems to stop the vinyl ripping in my small survey of 1 boot. You could also heat up a nail to poke holes in the boot (hold it in pliers over your gas stove or some such fun) 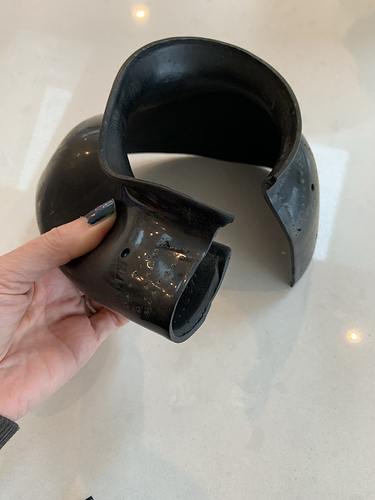 Fold each side in half and use your scissors to cut a slit connecting the top and bottom holes on each side. 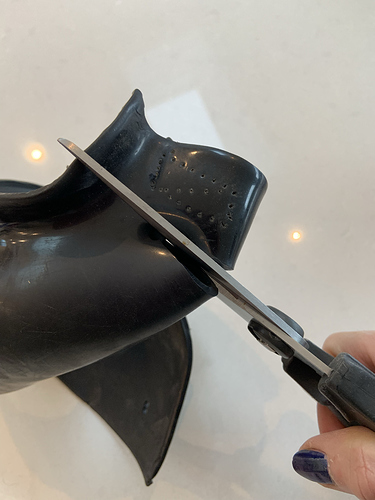 Widen it a little to make getting the velcro in easier. You should have a bell boot with two slots in it. 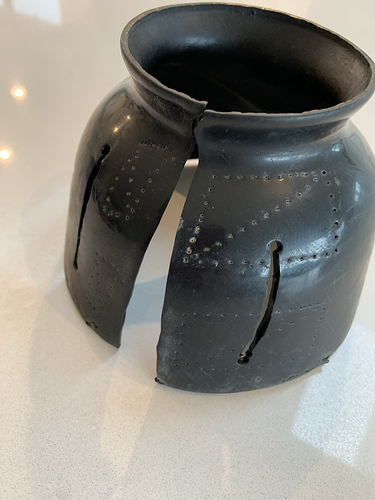 Next get your 2" velcro and take a piece of loop side about 6" long, and a hook side piece about 4" long. Attach them to each other end to end, overlapping about 1" 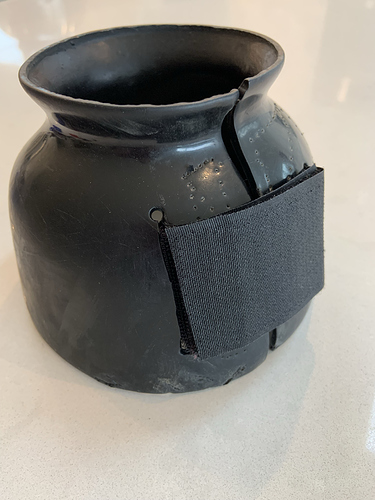 I sprayed a little Bitter Apple on the velcro to stop my mare chewing the velcro, because THWART!

Thanks for listening to my frugal horse owner TED Talk…

I love that you thought about it and figured out a rather simple solution.

The step-by-step pics are great, too!

I have actually had pretty good luck just super gluing the velcro back on, at least it keeps the boots usable for another couple of weeks or more, then I glue it again unless the boot gets too shredded. Parts have to be dry first for it to work. Your solution probably lasts longer though!

Thank you for taking the time to share! I am big on repairing stuff rather than contributing to landfills, so I will definitely add to my "option portfolio "!

I use the Davis boots, too, and have been planning to try the super adhesive outdoor velcro when the original dies. I will report back when that happens. So far, we still have 3/4 pieces living. But I like your method too and will def keep it in mind.

Thanks for sharing this! I stopped using the Davis boots because the velcro seemed to fall apart more quickly than the cheaper boots I get at the feed store. But if I can repurpose them (the feed store boots probably wouldn’t work as well with this hack) I’d consider the Davis boots again!

I use the Davis boots too and this is great with the pictures!
When mine get really trashed I give them to the dogs they love to run around with them and shake them

My modified pair is approaching 3 weeks with no issues now… I am pretty pleased!

genius. I am lucky that my barn mate has an industrial sewing machine so she repairs mine with new velcro when needed.