I am getting a new horse with lots of trail experience, including overnight camping.
I am looking for a trailer. I have seen some new bumper pull models for one horse with a dressing room large enough for sleeping . One advantage is less weight, less than 6000 loaded. Can be straight or slant load.
I only have one, see no circumstance of two.
What do folks think?

What came immediately to mind is the EquiSpirit one horse trailer: https://www.equispirit.com/products/models-solemate.html

It seems like a great idea if you know you will never want to take a friend along. Less weight and more room for your stuff. Win win.

Is this your first trailer? Are you sure you will never want to take a friend along?

What I have been told is that one horse floats tip over a lot easier, so are more dangerous. Of course that was decades ago and innovation could have changed that.

Some of them (like the 1-horse Brenderup) feel open and airy inside. Some feel very narrow and claustrophobic and may not be as horse-friendly for loading purposes.

These new ones are the width of a 2 horse so just as stable.

Obviously, the slant load would be just as wide as any other slant load for the horse. The straight load provides 42 inches for the horse so actually wider than half of a 2 horse.

One of the selling pints is people can’t ask for a ride. LOL

There are two horse trailers that weigh under 3k and can be pulled by an SUV. Have you looked at Fautras or Boeckmann? It’s such a big investment to not have the option to bring along a trail partner. I love my Fautras and would only ever part with it to upgrade.

Would a modified stock trailer work for you? A 12-ft. bumper pull stock trailer would be very roomy for one horse but have enough room for two if you ever needed to do that. It might have to be a little longer if you need a place to sleep. You could custom order one built to suit you. One modification I would for sure make on a stock trailer is to add at least 6 inches in height.

I do have two horses, and when I’m doing Endurance rides I put my folding panels in the second stall for transport.

The other manufacturers I have looked at are Double D and S tablemate, if anyone is interested in their models.

Chiming in as I used a 2 horse equispirit trailer, with just the open feed space. Had to get the full stability package to tow this because the horses ride way to far behind the tires, weight wise. Also, and this was huge, the butt bar fits right up against the ramp and the manure just rides on top of it, smashing into the horses butts and tails with no options to move it foreword.

I have a one-horse Brenderup and I love it. Really easy to use, I trust it safety-wise, lots of room for the horse to get comfy. There have been a few times that I would have liked to offer a ride to a friend and the friend’s horse. I would feel badly if I ran into a situation where another horse and rider needed a ride, especially in an emergency, but it hasn’t happened yet. I’ve never needed living quarters because my SUV is big enough for whatever I’d need to store/sleep in. I’d say if the one-horse is significantly cheaper and you don’t want to give other people rides, go ahead!

I’ve got a 2 horse Equispirit right now and I love it.

I’ve had a Shadow Stablemate 1H slant with dressing room for three years now (with the swinging divider so it can convert into a box trailer) and I love it, 2100lbs empty and I paid $6,500 brand new for it after someone won it in a raffle and didn’t want it. It’s hard to even call it a slant, it’s shaped like an oddly shaped box stall and is big enough that my pony can turn around easily in it, so I just ship him loose, there’s nowhere he can go that isn’t over the axles.

As someone else said, modern 1H’s aren’t like the narrow 1H’s of old, this trailer is basically on the same platform as a 2H with no tack room, and it’s incredibly stable behind the truck. I just thought, I’m never going to want to haul a second horse and I don’t haul far enough away to need the second stall for storage, so why am I hauling around all this extra weight I don’t need? People think I’m crazy but it’s perfect for me. Happy to answer any questions you have. 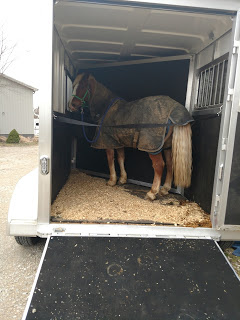 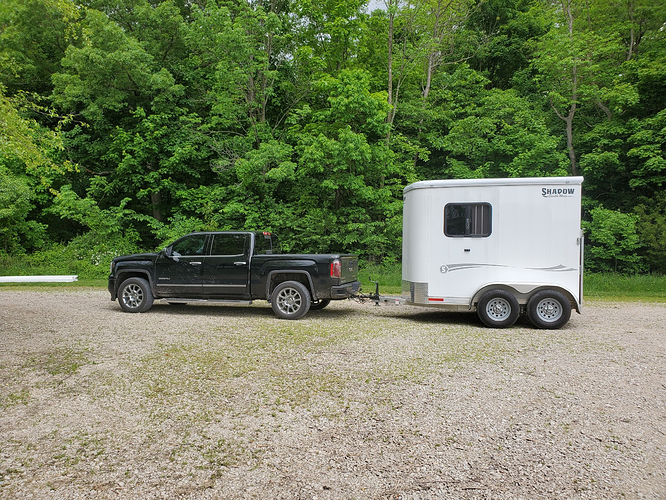 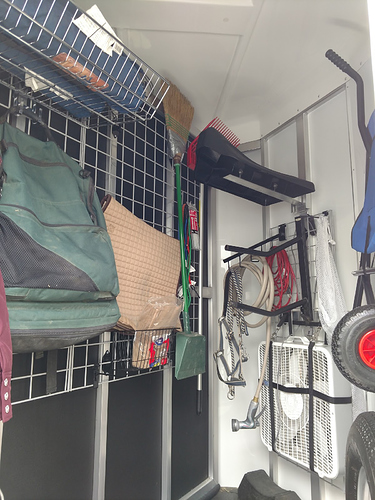 Can I ask, what size t ruck do you use?

Half ton, and I personally wouldn’t go smaller even though you could argue it’s overkill for such a light trailer (I estimate 3500lbs fully loaded with my 900lb pony). I had to go from 65mph down to fully stopped in a very short distance when I came around a bend in the interstate to a surprise traffic jam last year, and it wasn’t a problem. The truck just handles the trailer so well, I feel very safe and planted in this setup compared to my old trailer (which was about 4500lbs loaded).