My daughter’s very good young horse Prairie Hill Socrates after attending the Morgan Nationals in October 2021 broke his leg in a pasture accident, x rays was devastating… broken cannon bone mid way with everything above the break was in pieces. He was humanely euthanize.

This has been Very hard on all parties. Us, the breeder, daughter’s trainer. her vet and family friends all have been devastated.

Within minutes the response for help was immediate. Neighbor friend who is a TB trainer and great freind was here in seconds to help, she did have drugs to comfort Socrates while we waited for the vet. (She under the direction of her race track vet administered a proper dose of pain killer) (Also prearranged the surgical suite at the nearby TB racetrack with vets waiting)

Daughter’s vet Does not do farm calls, exception was made and they responded in about an hour. Daughter trainer, Garn Walker was called by the vet’s office’s office as they knew he was daughter’s trainer… He beat the vets here

X rays were just horrible, it was quickly decided by all parties that he should be euthanized

Socrates was a wonderful horse, by age three he was a handsome horse at just about 16H. He was progressing in the lower levels of Dressage scoring well. 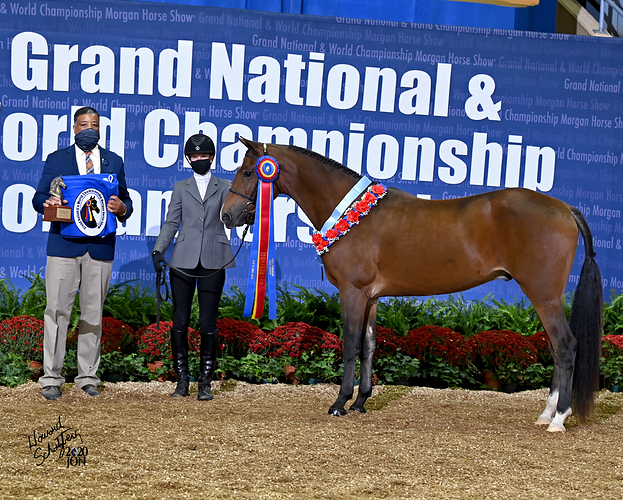 This has been a very hard time for all. Admittedly loosing Socrates was as hard on me as the death of my son Mark…not to equate the lose of person to a horse but both deaths leave a person wondering about what come have come if they were still around. There is piece of my heart that has gone away with each.

Socrates’s breeder Susan Motter of Prairie Hill Morgans was devastated primarily her concern was my daughter’s welfare. My daughter and Susan came to an agreement that daughter would have first pick of the 2022 foals, the agreement was hoping that Socrates’s mother would be “the one” but she was the last that was to foal this spring. The first four foals were ones that were of “high color” which were to be kept by Prairie Hill for breeding stock or were ones that just did not speak to my daughter. So the wait for FORTUNES ANTOINETTE to foal continued.

Prairie Hill Imagination was foaled in late May, he is a half brother to Socrates …and Bay just as he was which is remarkable since the ranch’s breeding program is for colored Morgans

he already is tagged with a barn name of Figment to honor Socrates, Fig for short 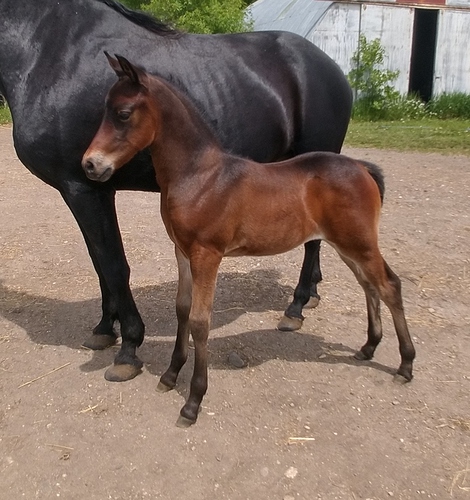 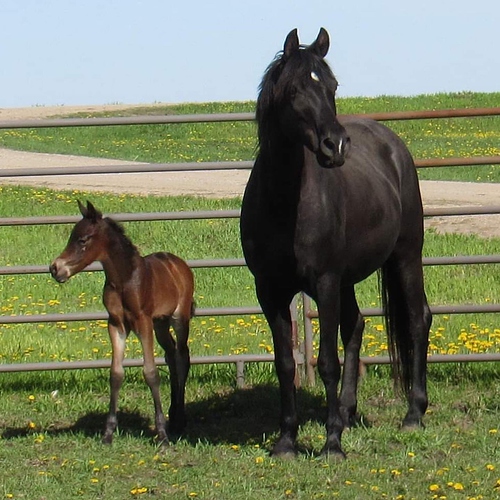 here is the day of birth, not pretty as they really are but it was in the 30s even in late May in North Dakota 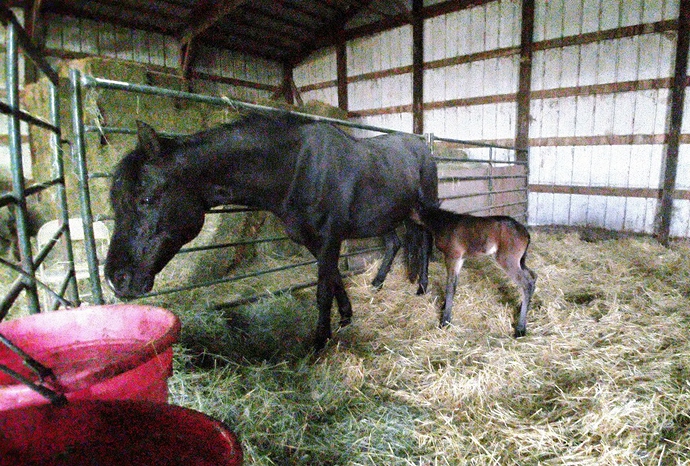 Susan allowed my daughter to name the foal which is sort of important in Morgan world as the farm name does reflect the farm’s program going forward and horse must be shown under its registered name for breed practices.

Back to daughter’s trainer Garn Walker, unbelievable kind man who was heart broken also. Knowing my daughter’s love of her horse he generously gave her one of his horses not as replacement but knowing she needed to have something to touch. 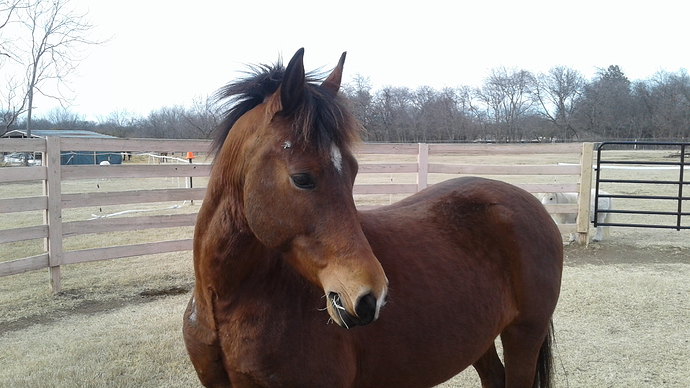 Lexie is a five year old of very good breeding who just did not grow, she is about 14h so she really did not fit into Garn’s training program but he kept her around…actually she was not even named or registered …daughter got to name her for him. She is now properly registered with Morgan Horse Association.

here is Susan’s web site, they have been very supportive of my daughter
https://prairiehillmorgans.com/

(all photos that are not personal we do have full rights of use, something we kind of take to heart as two of our children are professional photographers so we wish to do the correct thing by purchasing rights to reproduce)

I am SO sorry about your daughter’s loss of her horse and impressed about those who rushed to help and support her afterwards.

(Foundation/Lippitt Morgans are my breed of choice.)

I’m so sorry to hear this clanter. I’m a foundation Morgan lover as well and Socrates was such a wonderful example. So lovely a piece of him will live on in his little brother, Fig.

How devastating…. So sorry for your families’ loss and everyone connected loss of such a magnificent animal. I hope the new additions can assuage some of the grief. Rest in beauty, Socrates.

My gosh, what a nightmare. It’s like a bad horse movie. Socrates will never be forgotten.

Socrates was a beautiful horse and the love you and your daughter had for him came though in all of the updates you posted. I always looked forward to clicking on your posts and photos. I am so sorry.

So sorry for your loss. He was beautiful. It sounds as though you’re surrounded by some amazing and truly caring people.

I’m so sorry to hear this about Socrates. I really enjoyed all the updates about him and your daughter.

that is everyone’s opinion, for Fig to also be Bay is Socrates’s mark on him as the breeder really specializes in the colored foundation Morgans. Fig being Bay sure saved daughter a lot of money. Fig has no white at all, pure bay.

The past few months have not been easy ones, Lexie is a nice little horse who acts more like a yearling than a five year old…but she has taken on her job adjusting from 24/7/365 pasture where she ran the brood mare band to accepting with vigor being placed into Her stall to stand under Her fans. She like most Morgans really likes the attention, comes Running to the gates to meet visitors (wanting a treat?)

Fig will come home this fall, he is being picked up at the Morgan Nationals (currently that is were Lexie is headed to also) so I suspect daughter will have him entered into some sort of class, nevertheless he will be exposed to about 1200 other horses at that time, should be interesting

We learned from our first foundation Morgan that each has its own future regardless of what we want. Foxie was to have been our kids’ English Pleasure horse, Foxie excelled at everything but English Pleasure so we ended up leasing an English Pleasure horse a while. But Foxie just gave us insight that horses are just like kids, you can not plan their life out for them to be happy. She was by far one of the best horses for kids ever. Did what ever they wanted with determination to be the best, which very often she was.

We will see what Fig wants to become

How awful. He was clearly a lovely horse. I am so happy to hear how your friends rallied round.

(Foundation/Lippitt Morgans are my breed of choice.)

really can not go too wrong with the Lippitt based Morgans 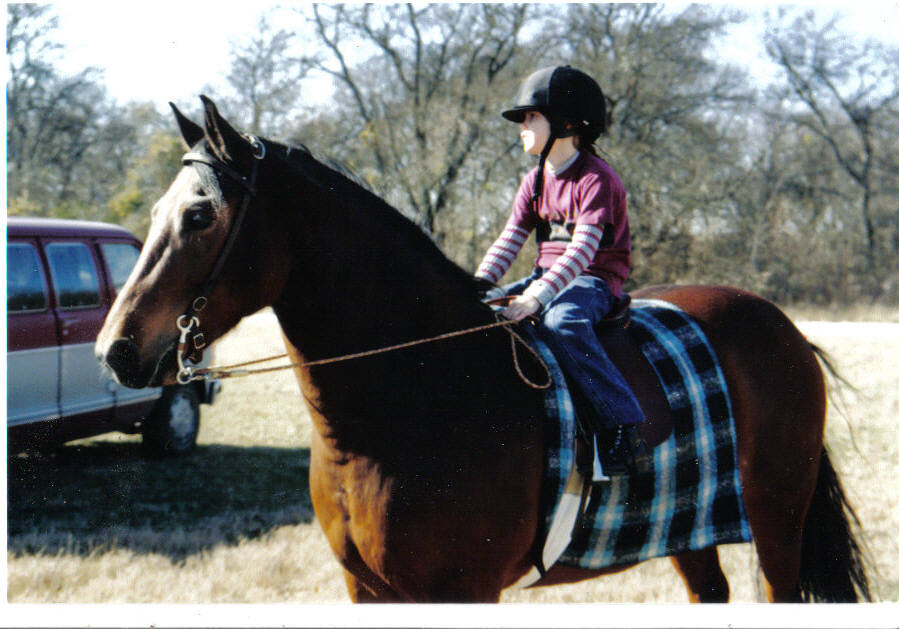 And @clanter I understand sadly too well what you describe about the intensity of such a loss and the thoughts and dreams about what could have been. Whether a beautiful promising animal or a beloved family member. I lost my sister in her 20’s to a drunk driver. The grief was awful. The regret of the what if’s was so much worse. I still weep 25 years later thinking about what she could have done or become or changed or impacted. I wish you and yours peace. The main thing that helped me was to celebrate and love the short…. The amazingly too short amount of time I had them in my world. It was a gift. My most heartfelt best wishes.

So sorry to read this @clanter
But glad your daughter will continue on with Lexie & Fig.

I am old enough to remember when there were no colored Morgans. It was bay or go home in the showring & breeding shed.
A friend had Morgan’s - his hobby, trainers’ (he had 2: one for show, one for breeding) link to his bank account.
Herd numbered 16 at one time.
I recall a very nice liver chestnut gelding of his evicted from The Program both for his color, and for the horror of ASB blood about 5 generations back.
Friend used him as his personal ride & drive for non-show use.

I’m sorry for your losses. I also want to thank you for educating us about these Morgans and how versatile they are. They are truly beautiful horses and seem to have a lot to offer as a family horse or for a re-rider who wants to have fun.

So sad Clanter. Your love and your family for these horses has brought us all so much fun. Thinking of you all and deepest condolences. Always enjoy your pictures and stories. (HUG)

Morgan person here, clicked on this thread because of the “Prairie Hill” prefix and wondered if it was about Morgans. So sad to read the news of what happened. We lost one of our retired Morgan mares unexpectedly in December, also a freak event. They leave a hole when they are gone.

The future looks bright for your daughter with Fig.

Very sorry for your loss, clanter. I always enjoyed your posts about your daughter and Socrates.

I lost my sister in her 20’s to a drunk driver. The grief was awful. The regret of the what if’s was so much worse.

Mark was 22 when he died in drunk driving accident, he was a rear seat passenger who did not have a seat belt on,

We had to focus on the success of our other three children who all have excelled in everything they have taken on, They really have no fear of failure,

here is the last Grand Nationals photo of Socrates 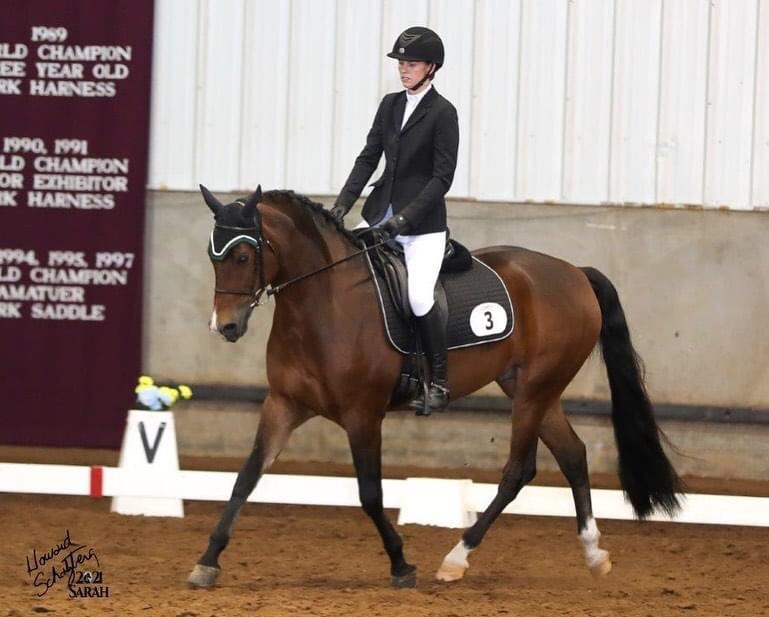 Also offering my condolences to Socrates’ family. Fig has big hooves to fill…but surely is up to the task (he is a Morgan after all).

Regarding grief (I lost my 21 year old brother when I was 14 in an accident), if “it” mattered to you…then it mattered to you. No justifications. No need to compare one person to another or one event to another event. If you feel loss (of human, animal, relationship, job, opportunity) then grieve away. It sounds like the trainer, breeder, your daughter and yourself have a good network of support.

Please keep up updated on Fig’s achievements…you also have COTH here for you too.