The Queen is definitely “one of us” cries off all her duties, but goes to a horse show, and her horses do well. 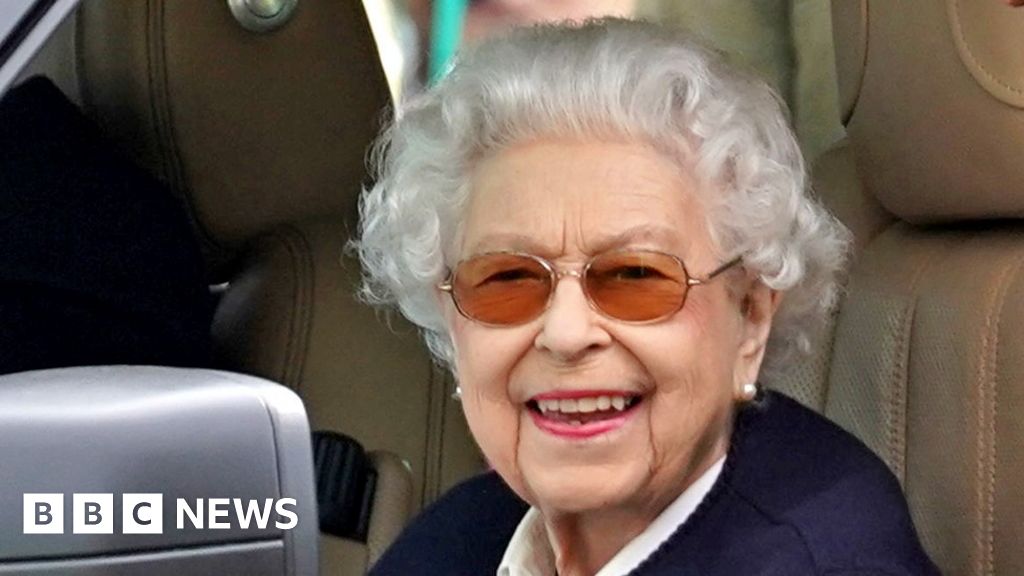 The monarch is pictured smiling as she arrives, days after missing the State Opening of Parliament.

A woman with the right priorities! QEII is never so happy as when she’s with her horses. Kick on!

Fortunately, she can sit inside a car to go to the horse show in her own back garden. It’s not so easy at other events. The crown she wears for the State Opening of Parliament is said to weigh 5lbs which is a lot for a person half her age! I’m very pleased she was at the show: it is obviously one of her favourite annual events. I believe 45 of her horses are entered in multiple classes this year.

Curious, in the article it mentioned one of the Queen’s horses as being a gray dun. What breed of horse and would it be dun as NA refers to dun?

Curious, in the article it mentioned one of the Queen’s horses as being a gray dun. What breed of horse and would it be dun as NA refers to dun?

No it would be a journalist that is confused. A grey dun would be a white horse.

Edited to add: here is a photo of the Queen’s Highland mare that won a prize. She is a younger horse who is graying out. Her base color may well be dun but it’s impossible to tell. She will be a grey horse. 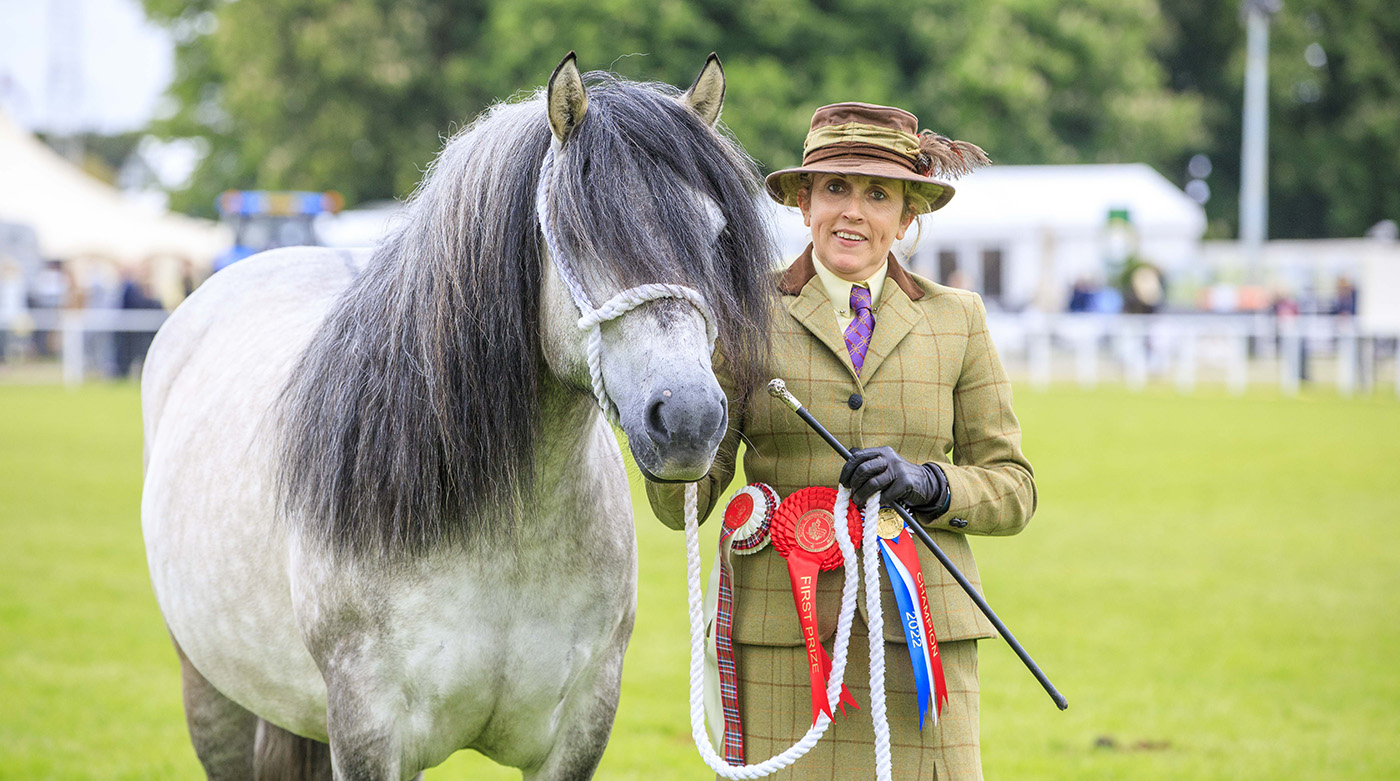 The Queen ‘delighted’ to be ringside to see her home-bred Highland championed...

could be a connemara cross perhaps?
Fred had a surprise foal when one of her mares came back to her farm. A very lovely colt, but ‘white’ looking from birth, with dark points.

The horse in question is one of the Highland ponies, a Scottish breed the Queen has been raising and riding at Balmoral Castle in Scotland. Apparently they are often dun.

I agree. After the last year she’s had, she deserves to get to do something for herself. And watching from the car is much easier than all the walking & standing she would have to do at official events.

Grey dun is one of the many dun colour schemes available in Highland Ponies, often with dorsal stripe, some with zebra stripes on legs and shoulders. They are rather beautiful. Other colours are grey, brown, black, occasionally bay and a liver chestnut with silver mane and tail that I’ve never, ever seen. They are usually very nice people

The “Eriskay” is an island pony from the west coast of Scotland, used on the crofts, which was subsumed into the bigger Highland stud book in the early 20th century but breeders are standing firm on their breed being different. Eriskay are most typically grey not dun.

The Highland is a breed unique to the British Isles but it is interesting that the Gaelic name is “garron” and that word is used for feral ponies in the Portuguese north country. On words again, “Dun” is dun within the breed standard and buckskin is not available. I don’t know if anyone has done colour genetics largely because colour isn’t a particular “thing” with Highland breeders. They are considered “At Risk” on the Rare Breeds Survival Trust’s Watch List.

She looks really happy. Bless her.

She looks really happy. Bless her.

Yup, a genuine happy smile, not the “official” smile.

Yes, and she looks happy to just be there, not just bc her horse won (doesn’t hurt, tho).

Elizabeth is such a horsewomen! If she hadn’t been queen, I’m absolutely sure her entire life would have been spent on and around horses. I’ve always admired her absolute dedication to them.

tossup between her horses and her dogs.
I think she would have been the first female jockey
while winning Grofts…

I share a birthday with the Queen and the fact that she’s a horsewoman just makes it all the better.

My mom does, too, @Obsidian_Fire

. And Mom’s late brother was born the same year as the queen, just the day before. That’s how I was able to remember them all lol

a genuine happy smile, not the “official” smile.

That was my first thought when I saw the pictures. It’s the therapeutic effect of being around horses! I love it.
Those Highland ponies are so beautiful.

I think we can all relate to that.

“Do you want to go to a luncheon and make small talk with various work colleagues and visiting executives?” “Uggh, I just don’t feel up to going.”

“Do you want to go to a horseshow?” “Yes!!! Let’s go for the whole day and walk around the barn areas in addition to watching classes! I’ve already printed out the class schedule!!”

I just hope when I’m her age, someone will be kind enough to spring me from nursing home bingo and drive me over to a horseshow instead.

I just hope when I’m her age, someone will be kind enough to spring me from nursing home bingo and drive me over to a horseshow instead.

We should start a group to do just that!

That Highland mare is just gorgeous. I thought the queen had Fell ponies also?