Got my ‘start thinking about spring farm chores’ sign about 5 minutes ago! 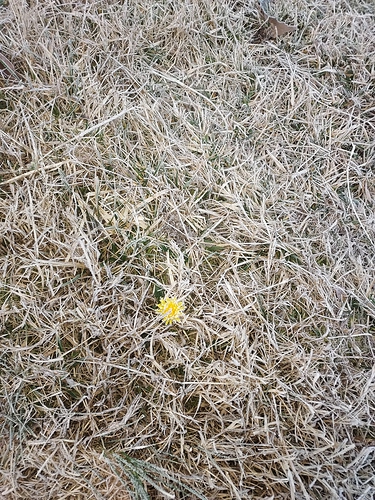 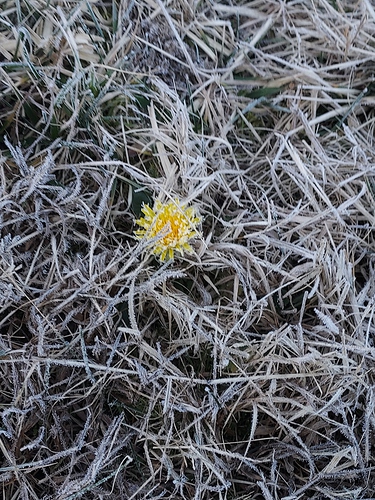 And meanwhile, some of us are thrilled we haven’t hit -40 yet.

It was 27 this morning if it counts for anything?!

I have horses shedding, chickens coming back into lay, and one mare in raging (transitional, I assume) heat.

The days must be getting longer, even if it doesn’t feel like it yet (thanks, Standard time in the Central time zone…)!

There is this neighborhood near me lined with Japanese Cherry trees that have been blooming early the past few years. I drove by today and sure enough, their blossoms were opening.

We are expecting a polar vortex next week, no spring here

I saw robins on the ground yesterday in Columbus GA.

(The internet says they do not migrate, but every year, we get legions of them marching across the ground in winter after the coldest period is over.)

It is going to be around 50 Saturday, then supposedly 3 to 5 inches of snow next Thursday…mother nature is drunk lol.

We had a foot of snow yesterday.

I just started seeing them here too a week or two ago, a few hours north of you. I’m glad you said that about their not migrating as I started wondering about that when I saw these.
The doves are out again too now. But so far no buds on any of the trees.

Why are my posts not working?

My mare has started shedding.

And I pulled a tick off of my dog last night.

I leave for Florida tomorrow.

Bulb shoots are up.

I saw robins on the ground yesterday in Columbus GA.

(The internet says they do not migrate, but every year, we get legions of them marching across the ground in winter after the coldest period is over.)

English (European) robins don’t migrate.
Hence the poem
The North wind doth blow,
And we shall have snow,
And what will poor robin do then, poor thing?

He’ll sit in a barn,
And keep himself warm,
And hide his head under his wing, poor thing.

My fjord is shedding. Hair is everywhere, in the water troughs, patches left behind where he rolls and most stays on my clothes.

It is going to be 24 here tonight, then 52 and sunny saturday, then back down with 1 to 3 inches of snow next thursday. I have decided if mother nature can stay this drunk, why can’t I?

If you zoom in on the picture you’ll be able to make out the daffodil bulbs just beginning to sprout around the little tree. This is the bulbs eighth year…This happened overnight at 29 degrees F. 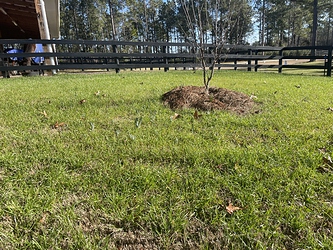