Tom and Milo are franchising: the Taco Truck thread

I did it. I caved. I bought my cat the taco truck and I think it’s time we had a dedicated post.

I was surprised at the size and lack of instructions (hint, they are folded between one of the scratchers). I immediately shored it up with some wooden paint stir sticks and duct tape. 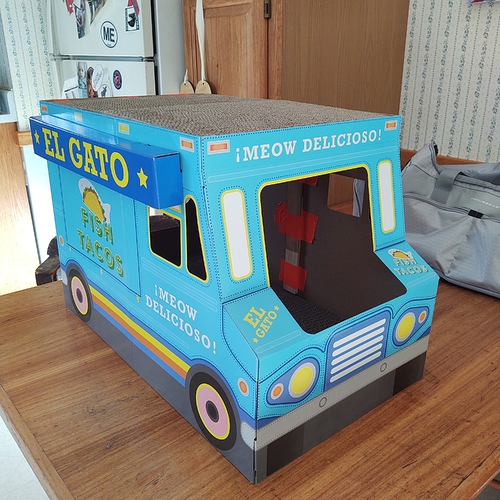 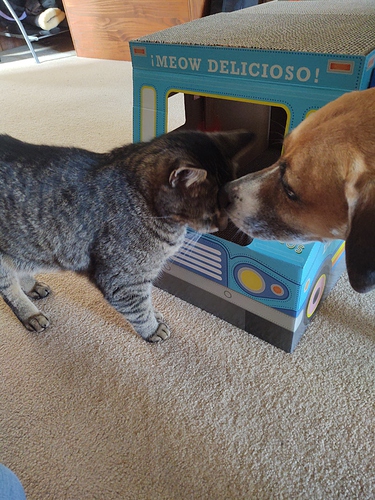 Tom inherited the taco business from Dice, but @BatCoach’s cats were franchise #1. Kind of like the original McDonald’s. 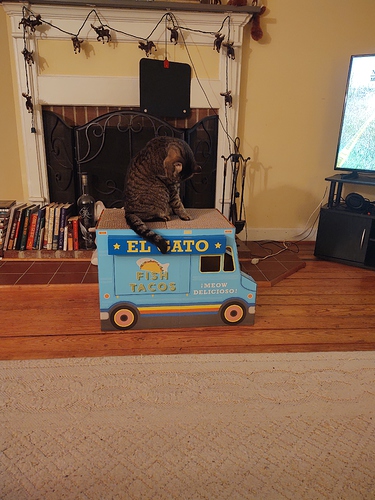 I’m so tickled pink over this.

Dice and the Taco Truck: 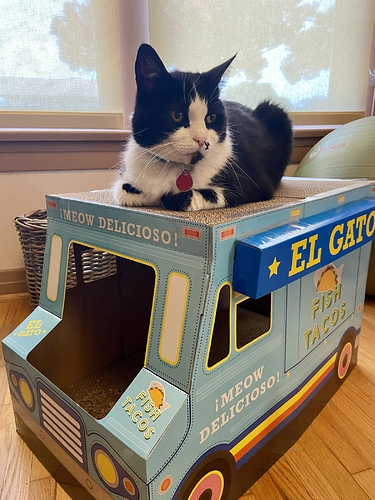 Tom and the Taco Truck: 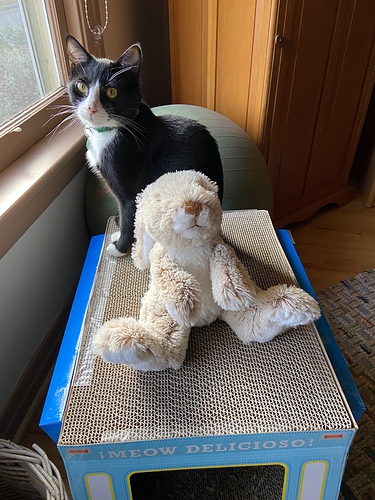 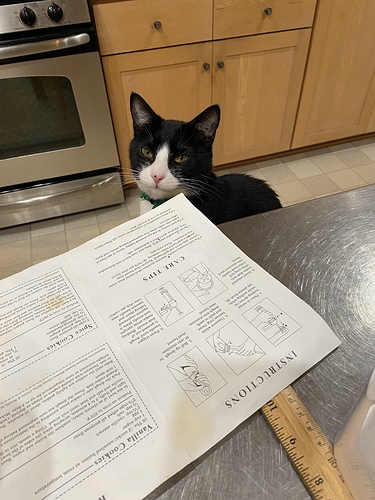 Business seems good…he’s on the move. 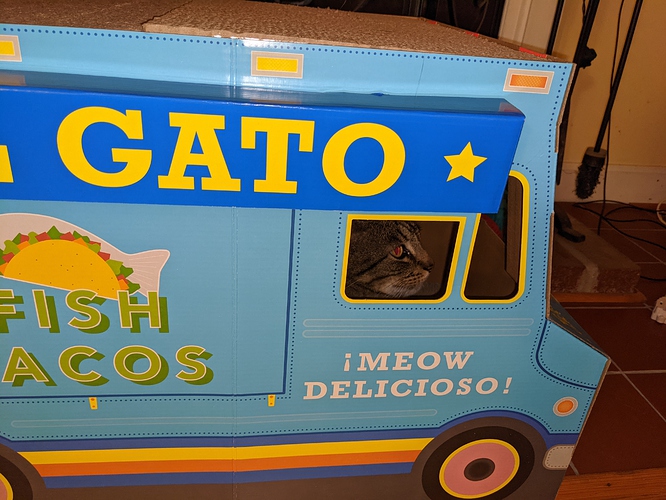 (OMG this is the best purchase ever)

I might have to get one. We lost Emmy last month and he is kind of lonely. He might like being the proprietor of a taco truck. He really likes the cardboard scratchers.

hahaha beep-beep! Kitty on the move!

He can afford gas?! In this economy?!

DH asks, “where do you think the gas comes from?”

He’s charging top dollar for fancy shrimp and barbacoa tacos. Milo knows that hipsters wont shy away from his LA food truck pricing. He makes a killing on his churro up-sells. Although - I have it on good authority that Milo will be taking a break from his taco biz soon and will spend some time enjoying the fruits of his profitable business by relaxing
in the arcade. 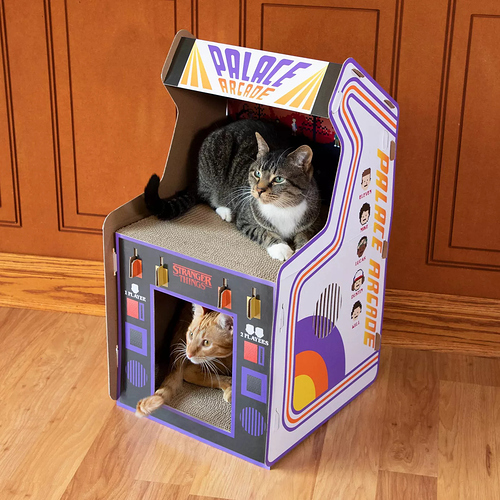 Milo and his intern Gemma decided to park the truck and get a good snooze in. 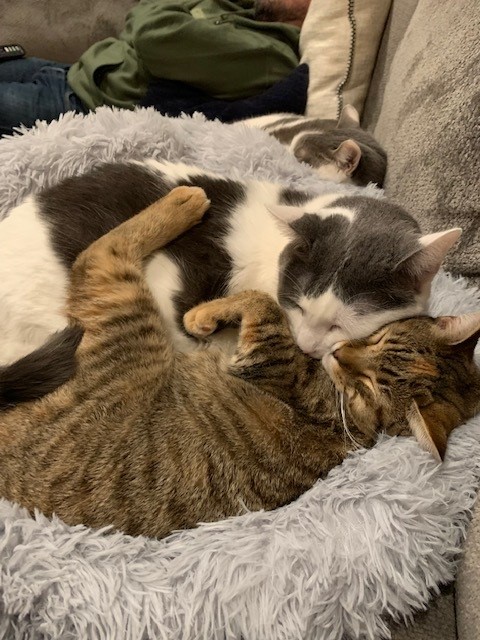 Love the cheeks pressed together. So cute. Who’s the little co-worker in the back? (Not the one in the green shirt. The one with the little ears.

That’s grandpa Wheatabix. He has the same color pattern as Milo but is 10 years older. He gives Gemma baths after her taco truck shifts, but insists the food service game is a young cats game.

Wheatabix - what a great name!

Glad to hear he’s enjoying his retirement. A really cute trio. Thanks for sharing.

Thanks, Wheatabix is thrilled that Milo has a young whipper-snapper to play with. This means he can take naps in peace while the youths play. Papa Wheatabix is always on bath duty and Gemma loves to snuggle with him when she is all played out.

That’s so sweet! I like the light brown spot on Gemma’s head.

Whenever my cats give each other a bath, it always turns ugly. It pretty quickly turns into a bite or swatting.

I think the considerable age difference helps. Gemma was part of a foster kitten litter I had since they were born, so Milo and Wheatabix saw her since she was just a wee baby. They basically helped raise her and they still see her as their little baby - she is allowed to invade their space and nap on/near them like no other cat is allowed. She can just faceplant right into Wheata’s chest and he starts grooming her. If any other cat did that - it would be an instant swat and growl.

Even as she gets bigger/older, the boys still spoil Gemma since she is their little princess. Their affection for her is one of the reasons I decided to keep her over her other siblings (although if I had my way I would have kept all the foster babies LOL!)

I am loving this thread!
But I must warn everyone that those cat scratcher things are ADDICTIVE! My 2 cats have had a haunted house, a ski chalet and an RV. They currently have a coffee house and a yacht waiting in the wings.

My sister and I keep a watch out at Target and snap up any we find on clearance.

My 2 cats have had a haunted house, a ski chalet and an RV. They currently have a coffee house and a yacht waiting in the wings.

Wait wait wait. Hard stop. They have a ski chalet and you didn’t include a picture?!

What a sweet story about Gemma and her guys. Warms my heart to think of them together.