I’ve been buying Triple Crown chopped hay for the ancient one. He still has some teeth and actually can still eat regular baled hay, but he doesn’t eat as much as he used to through the Nibble Net. He’s nearing 30 and it just seems like too much effort. I’ve upped his soaked senior feed and started the chopped hay, but it’s expensive and he doesn’t really need the “Safe Starch”.

So I was reading about using a leaf mulcher and then realized… self, you have one! I usually use it for chipping branches but it has the big chute on the top. I got it out and… 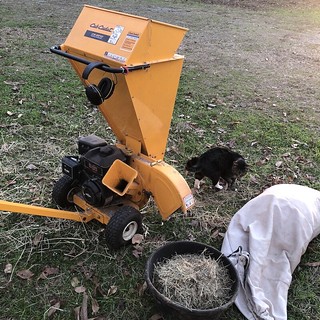 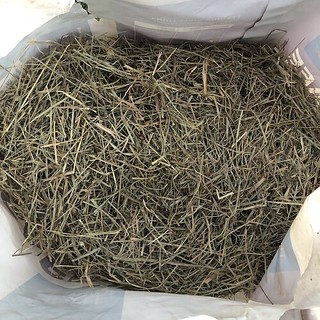 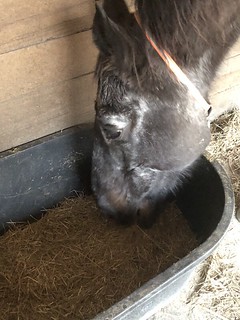 To match the store bought stuff I’d probably have to run it through twice. But he does have some teeth left, and this seems to work.

That’s AWESOME! And a great picture!!!